Home Sports ‘The Weekly Review’: After 10 issues it is crying out for diversity of voices
Sports

‘The Weekly Review’: After 10 issues it is crying out for diversity of voices 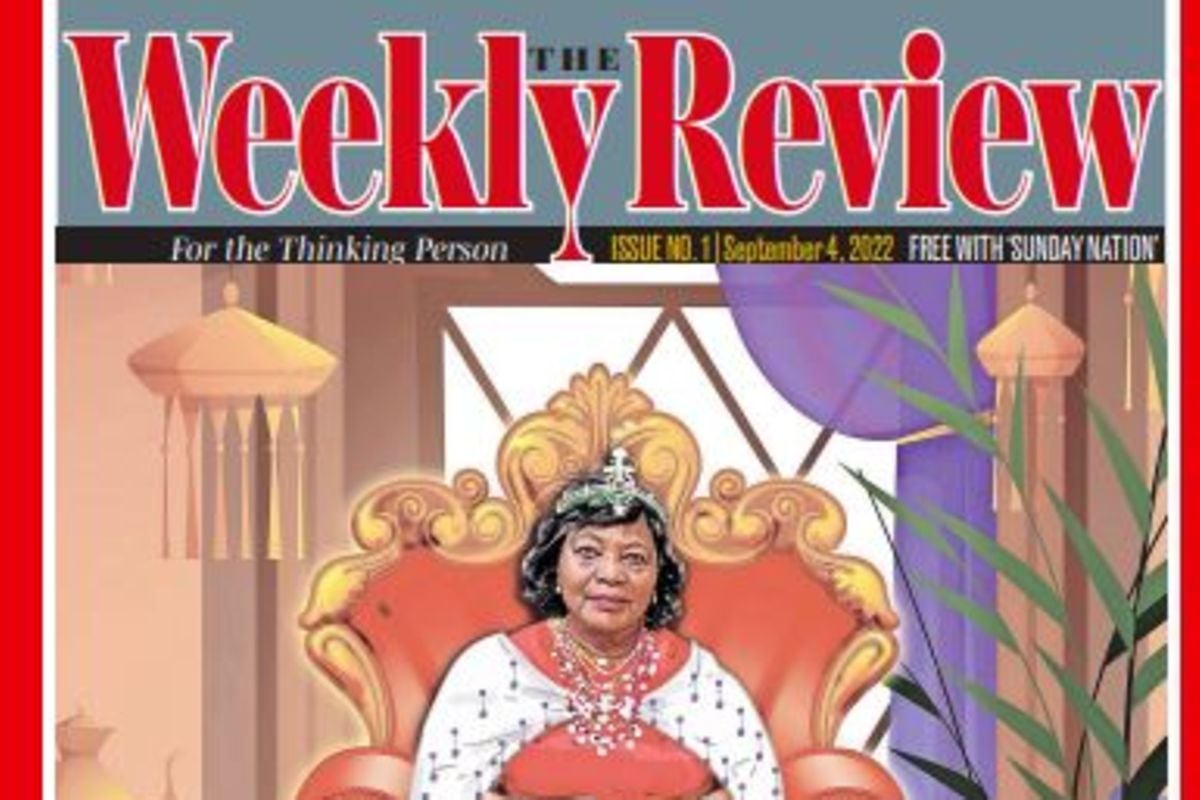 Macharia Gaitho has published 26 bylined articles in the first 10 issues of the resurrected Weekly Review. This is an average of 2.6 articles per issue.

In the launching issue of September 4, 2022, he published five articles, followed by four in the second. He has published two or more articles in every issue, except No. 8, where he has only one.

Mr Gaitho is not the only dominant voice in the WR. Oscar Obonyo and Kwendo Opanga have also dominated the first 10 issues, though to a lesser extent. Mr Opanga has published 16 bylined articles and Mr Obonyo 15.

The three have virtually cornered the space for bylined articles in the magazine. Mr Gaitho and Mr Opanga also have regular weekly columns in the Nation, where they analyse and interpret issues. This is, of course, testimony to their productivity and writing ability. And nobody can complain about the quality of their articles.

Mr Gaitho is an exceptionally gifted, versatile and knowledgeable writer. Mr Obonyo has deep knowledge of issues and politics. Mr Opanga writes so admirably that I once told him when I grow up I would like to write like him.

The only issue of concern to me, and several readers who have written to say so, is that dominance by the three voices points to a publication in want of diversity of views and perspectives. The very essence of a news magazine such as the WR is diversity.

The WR genre of journalism—indeed all journalism—needs diverse voices. If one or two voices dominate the publication, it may not seem to accurately reflect the views of society or give a complete and accurate picture of a situation.

The NMG editorial policy requires diverse voices. “In our print publications, our op-ed pages and other sections for political commentary shall remain open to all as a platform for debate,” the policy says. Editors are required to foster “diversity of thought, perspective and experience”.

A diverse stable of writers—with no writer getting multiple bylines in a single issue of the magazine—provides more views and different perspectives. They are also likely to produce a wider range of stories that will have a significant impact on the quality of the publication.

Furthermore, the predominance of a few voices is a matter of journalism ethics because it may affect accuracy and fairness. The WR editor must seek a variety of views and perspectives, a promise that he made in an article in the launching issue (“It’s a brand new journal: Brave, apt and incisive” by Allan Buluku, Issue No. 1, September 4, 2022).

In the article, Mr Buluku says the WR is open to all views and welcomes contributions from readers. “It is our hope that, through this revamped magazine, every reader will find a home to share their opinions, faith and experience,” he tells readers.

“[We] gladly encourage and welcome comments and criticism. You are also welcome to submit articles for publication, which we shall subject to our stringent editorial standards. Those that pass muster will have the pride of place on what we believe is the pedestal of Kenya’s journalism.”

Robert Osichiro Johnston of Ukunda, Kwale County, is one of the many readers who were excited with the return of the WR, 22 years after it folded up in 1999. “Though I was not born when the first generation of the Review was conceived, my dad, an ardent reader of this publication, kept a collection of them all, which I discreetly inherited when I came of age,” he says. “With this inheritance came the passion for reading…It is our hope that the second generation of the WR will meet, if not exceed, the expectations of readers.”

To maintain the Midas touch, Mr Buluku must open the curtains and let in the sunshine.

Congratulations on reviving The Weekly Review. However, there is a public question that begs for answers: Explain to readers the reasons behind the decision to retain only retired Nation media practitioners as columnists for the WR.

Isn’t that limiting contributions from other insightful writers? Diversity is what made the original WR a must-read. Don’t lose the Midas touch.

The Fafi MP’s news item was, in fact, a storm in a bottle cap! (“Storm in a glass of water or how the media helped overplay a bad idea, Daily Nation, Nov. 11, 2022). However, my take is that Kenyan journalists have a great addiction to reporting almost anything a politician says verbatim.

It’s lazy journalism. A politician will always have a stand on any issue as long as it keeps them in the news cycle. The journalist will have a story to file without having to do the heavy lifting.

Mutuma Mathiu’s article pointed out the risk faced by traditional media outlets on declining sales and advertising revenues (“Media fate in customer’s hands, Daily Nation, Nov. 4, 2022). Such news items will only accelerate this process as a consumer feels cheated when they buy a paper only to read a story that has no basis for being published.

Let us leave sensational stories to the bloggers and alternative media, not the NMG stable.

No wonder many avid readers of NMG products like me have gone slow buying the dailies.

I refer to your Fifa MP story. The Mukurwe-ini MP is John Kaguchia, not Gachukia.

Public Editor: 2009 is the year it was made available on YouTube.

The Public Editor is an independent news ombudsman who handles readers’ complaints on editorial matters including accuracy and journalistic standards. Email: [email protected] Call or text 0721989264

Kusi Ideas: Experts urge communities to be part of climate...

Portugal coach Santos calls for line to be...

DRAMA AS SCHOOL FAILS TO REGISTER CANDIDATES FOR...

Who will win this year’s Miss World Kenya...