‘This is murder!’: Sakaja speaks after three die in collapsed Kasarani building 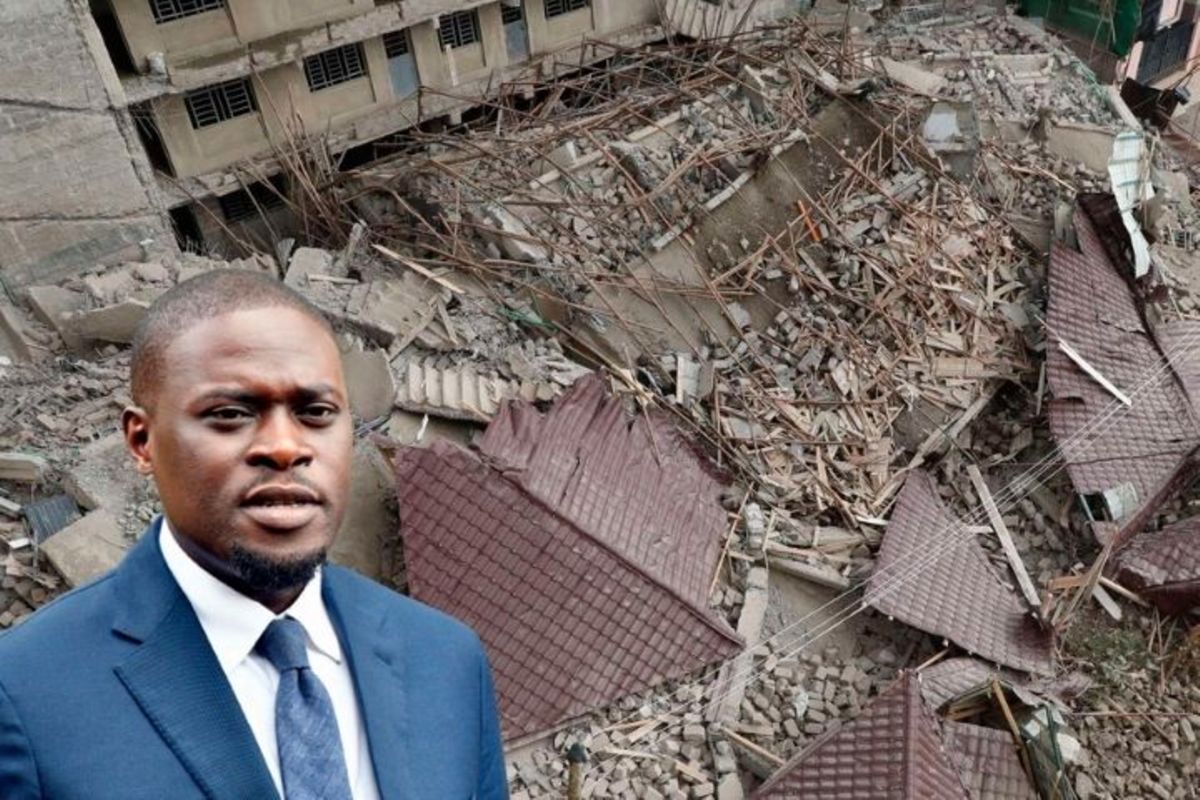 At least three people, including a vendor, were confirmed dead in the Kasarani building collapse, with Governor Johnson Sakaja promising to take action on the rogue developer.

Kenya Red Cross officials said on Wednesday afternoon that six others were rescued.

The number of people trapped under the rubble is still unclear, but locals at the site said around eight or nine people were near the building when it came down on Tuesday.

As at Wednesday afternoon, rescue operations were still ongoing.

Mr Sakaja visited the site of the tragedy on Wednesday morning. He expressed his condolences to families who lost their kin in the building collapse, and promised to go after the developer in court.

“These people came here to try and earn a living but lost their lives. This tragedy was caused by corruption and impunity. We pass our condolences and sympathies, and we will find a way to support those families,” he told Kasarani residents.

“This building had an enforcement notice starting last year. Yesterday, the National Constructions Authority (NCA) was here and closed the site but the contractor went on. As a county, we are going to take action.”

He asked the police to find the developer, adding that he should be charged with murder.

“He did not get any permit from the county. But because of impunity he decided to go on. He needs to be charged with murder. This is murder,” he added.

He also accused some Kenyan developers of prioritizing profit over human life.

The governor added: “If I find any officer from Nairobi County having been culpable ,they will go home and they will be charged.”

Wetangula: CBC taskforce report to be tabled in...

Handling a partner with anger issues