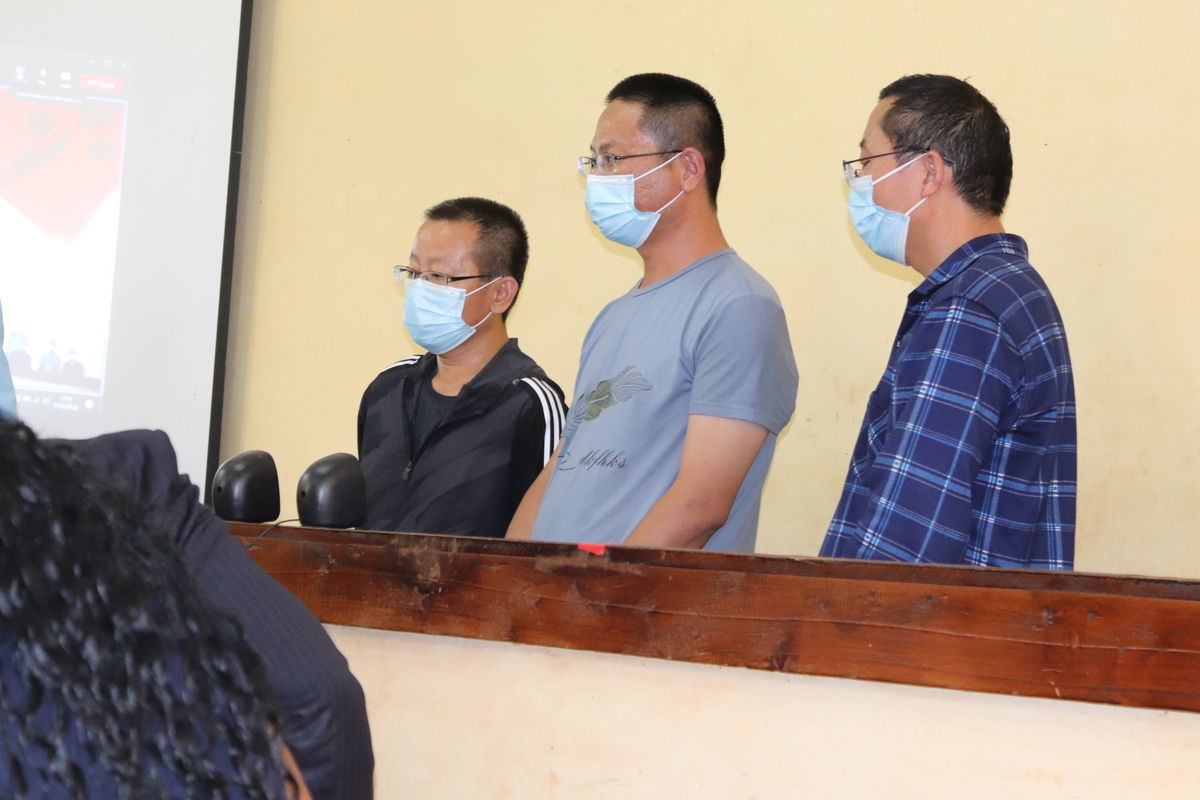 The three who were arrested on Monday and locked up after a botched deal to supply gypsum ceiling boards’ production line to Ederman Properties were arraigned before Mwingi Principal Magistrate Ismael Ruhu.

The suspects Le Chuan Chen, Le Lei Chen and Qi Zhao Zin were on Wednesday remanded at Waita GK Prison in Mwingi after failing to get a Kenyan surety of Sh2 million and a bond of similar amount.

The court declined to release them on a cash bail and insisted they get a Kenyan surety after counsel for the complainant Ederman Properties-Peter Munyoki argued that the suspects were likely to skip court and flee the country if freed on simple bond terms.

The magistrate released each of them on Sh2 million bond and a Kenyan surety of a similar amount.

“I hereby release the accused persons on a Sh2 million bond with a Kenyan surety of similar amount. Suspects must swear affidavits explaining where they will be staying in the course of trial to ensure they do not run away from the country’’ said Mr Ruhu.

Mr Ruhu also ordered the three to deposit their travel passports in court and to report to the Mwingi Directorate of Criminal Investigations (DCI) officer once every three weeks.

The strict bond terms especially the one on getting a Kenyan surety may take time to achieve as the Chinese traders had been in the country for only a month and were on a three months business visa.

Their lawyer Alfred Deya said he was hoping the court will release his clients on cash bail.

The first charge stated that on diverse dates between July 21st 2020 and June 1st 2021, they jointly obtained a total amount of Sh320 million – Three hundred and twenty million Kenya Shillings from Mr Zeyun Yang of Ederman Properties in Mutwangombe area in Mwingi Central, on the pretense that they would deliver Gypsum production line of 94.5 meters with a production speed of 30 to 35 meters per minute, a fact they knew to be false.

The second count stated that on the same dates, they jointly conspired to obtain Sh320 million from Mr Zeyun Yang of Ederman Properties in Mutwangombe area in Mwingi Central.

The three are said to have entered into a contract with Ederman Properties Kenya to supply the manufacturing equipment in July 2020 and were paid the whole amount but went into hiding only to resurface more than two years later with a different set of machines.

The agreement between the trio and the company which was witnessed by the Chinese embassy in Nairobi stipulated that the suppliers who run a company by name Teng Fei had to deposit their passports with their clients until the transaction is executed to their satisfaction.

The purpose of surrendering their passports was to enable the management of Ederman properties to apply for their visas and work permits with the Kenyan Immigration department so that they can be allowed to work at the factory while testing the production equipment.

The three foreigners returned to Kenya last month with equipment that did not meet the specifications outlined in the contract and which failed to fit in the factory set up.

Ederman Properties has been manufacturing gypsum ceiling boards at Mutwangombe area along the Mwingi – Garissa highway since 2012. The Gypsum production machines were to be sourced from China.

After the disagreement, the suspects first lodged a complaint at Mwingi police station claiming that they were being unlawfully detained at the Ederman factory by their fellow countrymen, prompting detectives to summon the investors for questioning.

Upon investigation, it turned out that the three were trying to use the police to get back their passports in order to enable them to flee the country.

According to a witness statement by Zeyun Yang, the Managing Director of Ederman Properties seen by Nation, the three suspects gave false information to both Mwingi police and the Chinese embassy in Nairobi in their desperate efforts to escape liability.

“We presented the contract documents to the police and explained that the production line which they brought wasn’t working and that we had been conned and cheated by Teng Fei Company and the three proprietors’’ Mr Yang says.

A third of Kenya’s middle class heartbeat away from poverty