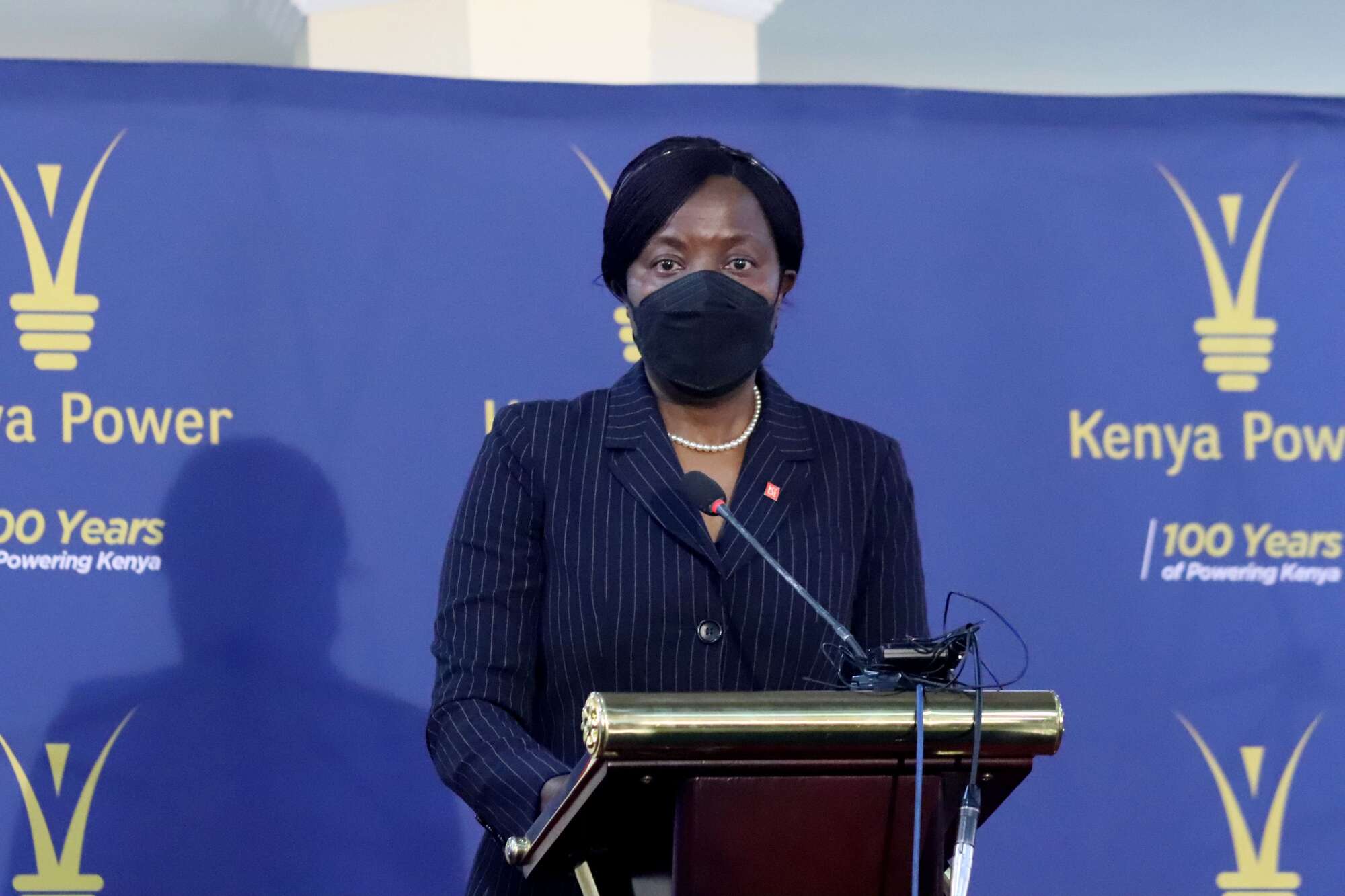 The Kenyan National Treasury has sanctioned the removal of Kenya Power’s embattled board chairperson Vivienne Apopo Yeda as President William Ruto’s administration moves to streamline the operations of the struggling utility firm that is a subject of state reform and eventual sale to a strategic investor.

Treasury Cabinet Secretary Njuguna Ndung’u has directed the company’s board to table before the annual general meeting (AGM) an ordinary resolution for the removal of Ms Yeda who is viewed by the workers’ union as an “impediment” to transformation and stability of the company that is listed on the Nairobi Securities Exchange.

Ms Yeda was appointed chairperson of the board in November 2020 replacing Mahboub Maalim.

The Kenyan government is under pressure from the International Monetary Fund to reform financially troubled state-owned enterprises including Kenya Power and Kenya Airways as part of the conditions for the $2.34 billion financing plan under the fund’s Extended Fund Facility (EFF) and Extended Credit Facility (ECF) that was approved in April 2021.

Ruto’s administration has proposed to reduce the government’s shareholding in Kenya Power to 15 percent from 50 percent in the first year of assuming power in order to enhance operational efficiency and revert the company to profitability.

“As a shareholder with 50.1 percent shareholding in the Kenya Power and Lighting Company Plc, we require the board of directors of the company to table before the AGM an ordinary resolution for the removal of directors pursuant to Article 129 of the Company’s Memorandum and Articles of Association,” Prof Ndung’u said through a circular to Kenya Power Company Secretary Imelda Bore dated November 18, 2022

According to Prof Ndung’u, the special notice is to be included in the agenda for the company’s 101 AGM to be held by December 31, 2022 and shall “recommend the removal of Ms Vivienne Yeda as a director of the company”.

The Kenya Electrical Trades & Allied Workers Union (KETAWU) has constantly demanded the removal of Ms Yeda from the board arguing that she has been behind the company’s shortage of critical materials such as poles, meters and transformers through delayed approval of the company’s procurement plan.

According to KETAWU, Ms Yeda has also been on the sport for a botched staff redundancy exercise.

“We are, however, over the moon because we know managers and employees will work now,” the union’s secretary-general Ernest Nadome told The EastAfrican.

“Leadership at the board for both independent and representatives of the Treasury and Ministry of Energy is crucial to ensuring dynamic and responsive functioning of the company.”

In February, the trade union resisted Kenya Power’s plan to cut its workforce by 20 percent arguing that the decision ignored the power network’s need for manual labour and that it would reduce manpower from an already depleted pool.

Kenya Power had resolved to undertake a voluntary early retirement programme to send home to 1,962 employees at a one-off cost of Ksh5.3 billion ($43.44 million) in three phases covering the period to the end of June 2023.

In June this year, three independent directors— Ms Elizabeth Rogo, Mr Abdulrazaq Ali and Dr Caroline Kittony-Waiyaki — resigned from the board under unclear circumstances, with insiders pointing to disquiet in the board.

The resignation came just two years after the government overhauled the entire Kenya Power board to streamline the firm’s operations, enhance efficiency in power distribution and transmission and restore the firm to profitability following a series of scandals by the firm’s directors.

The company is grappling with operational challenges as a result of persistent negative working capital position, increased payment for idle capacities, transmission losses, high indebtedness and incessant wrangles in the board.

The situation has been exacerbated by a Ksh5.7 billion ($46.72 million) debt moratorium granted by the National Treasury in 2020 that   expired at the end June this year, setting the stage for full   repayment (principal and interest) in July according to the firm’s latest annual report (2021).

According to the Office of the Auditor General, the operational challenges facing the utility firm could hamper its capacity to deliver on the state’s promise of clean, affordable and reliable power to the consumers.

Last year, the presidential taskforce on the review of power purchase agreements (PPAs) recommended that the firm, which has been declared a ‘special government project’, cuts electricity costs by 33 percent effective December 2021 as part of efforts to attract foreign direct investments and promote industrial growth.

The   auditor general noted that the company has remained in a negative working capital position for five consecutive years, signalling material uncertainty that may cast significant doubt on its ability to continue as a going concern.

According to the report of the auditor general for the financial year ended June 30 2021, the fixed capacity charges in PPAs, which account for 52 percent of the total cost of power purchased, are significant and adversely affect the operations of the company.

The report notes that Kenya Power will continue bearing the high fixed capacity charges if the capacity charges are not renegotiated downwards and the commercial operation dates of the PPAs aligned in line with the company’s medium-term power demand such that there is no excess power generation.

BEN GITHAE ON WHY HE DOES NOT REGRET SUPPORTING RAILA – GhettoRadio 89.5 FM