Trouble at KeRRa over scandals by DG Philemon Kandie Some disgruntled contractors and a section of top managers at Kerra are reportedly pushing for the roads Cabinet Secretary Kipchumba Murkomen to conduct a fact-finding mission aimed at establishing the level of corruption at the agency.

Inside sources told us  that a cartel led by Director general Philemon Kandie and head of procurement Cathrine kangangi have panicked following the looming operation,  perceived to be ruthless in nature. 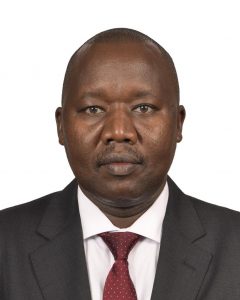 The revelation comes at a time former acting DG Luka Kimeli and besieged former procurement boss Margret Wanja are said to be fiercely lobbying behind the scenes to secure their former positions.

The two,  (Kimeli in particular) are apparently inspired by the notion that the current administration appears to be sanitizing those punished by the previous regime.

In fact, those in the know aver that it’s the duo who are separately sponsoring the current attacks against Kandie and Wanja, accused of minting millions of shillings through tender frauds.

Kandie and his team were caught off guard by the William Ruto’s presidency after debatedly pumping millions of shillings towards Azimio presidential candidate Raila Odinga.

Those baying for the blood of Kandie, Catherine and other members in the group want the CS, EACC and the Assets recovery agency to promptly instigate investigations into the amount of wealth they acquired for the short time they have served at the helm of the multibillion agency.

Wanja who is claimed to be a close relative to former President Uhuru Kenyatta is ostensibly plotting her comeback through an UDA operative, now on her payroll.

But again,  she’s said to be doubting the ability of the politician after it recently turned out that the man had been blacklisted from the state House following numerous complaints that he had perfected the art of conning his targets with a promise of making them closer to UDA power.

On the other hand Kangangi is said to be banking her hopes on the roads PS nominee Joseph Mbugua for her survival, as far as intense lobbying is concerned.

In private, she boasts how close she’s to Mbugua telling all and sundry that their world in dirty deals are traced to during their days together in Kiambu when they controlled tenders worth millions of shillings at the regional office.

On 10th Feb 2021, the board controversially appointed Kangangi to act as the procurement boss amidst supremacy war that attracted court intervention.

But up to date, many people led by Wanja maintain the Kangangi was fraudulently promoted to head procurement department and has used the opportunity to acquire illegal wealth.

7 Things Ruto Promised to Deliver Within 100...

Court throws out another petition seeking to block...

Off the hook? Rigathi Gachagua was to appear...

Huddah denies having a romantic relationship with Juma...