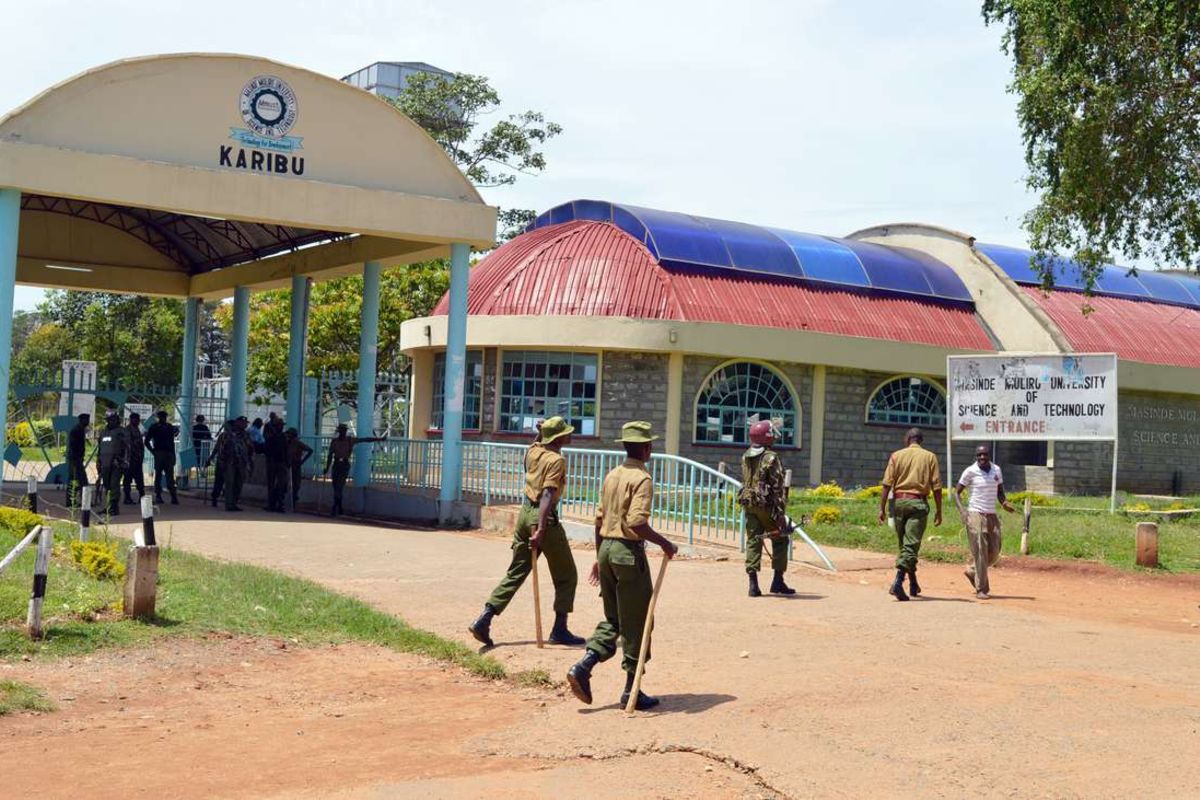 Two Masinde Muliro University students have been arrested for questioning over the death of their colleague in a suspected love triangle.

Kakamega County Police Commander Joseph Kigen said the two suspects were last seen with the deceased, a 5th year Electrical Engineering student before his body was found dumped along a footpath in Mahiakalo residential estate.

He said one of the suspects had sustained injuries during an acrimonious fight after the students attacked each other allegedly after disagreeing on a matter involving a female comrade.

“We have the male and female students in custody and our preliminary investigations indicate that their colleague was murdered following a disagreement over the woman,” said Mr Kigen

The police boss added: “The male student has sustained injuries all over his body and has told police that they had foght over the woman who is a student at the university.  After the fight, their colleague was badly injured and they decided to dump his body along the road.”

The deceased had been stripped of his shirt, trouser and shoes and his face was covered in blood.

In another incident, a student, who was in the company of a colleague, was attacked and injured while headed home at Koromatangi estate. He was rescued by police officers on patrol who responded to an alarm he had raised.

After learning of the death of their colleague, students from the university held protests in Lurambi along the busy Kakamega-Webuya road, blocking vehicles from using the highway.

The student leaders had earlier visited the Kakamega Police station to complain about the wave of security in which several of their colleagues had been attacked and robbed of their valuables including mobile phones and laptops.

But Mr Kigen accused the students of failing to take precautions by staying out in social places until late at night and walking home while drunk.

“My officers on patrol have found some students staggering home while drunk late at night. This is dangerous and they need to stop the practice. They need to follow the guidelines on their security to avoid being targeted by criminals,” said Mr Kigen.

I’m a born-again 50-year-old divorcee, but I have not found a worthy wife