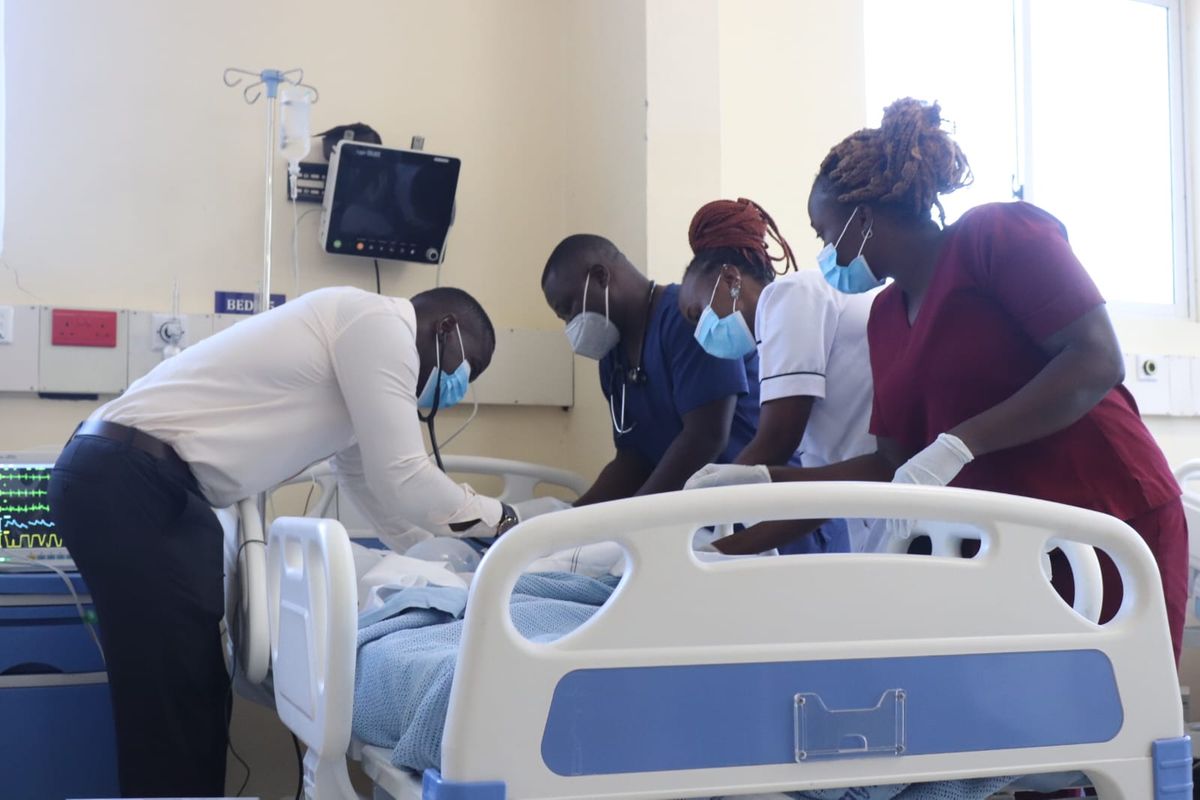 Two of the four children admitted at Homa Bay’s main hospital after being poisoned by their father have died.

The three-year-old twin brothers died while being attended to by doctors at Homa Bay County Teaching and Referral Hospital Wednesday night.

The other two are still admitted at the facility. One is in the Intensive Care Unit (ICU) while the other is in the general ward.
Doctors said their condition is improving but they are not out of danger yet.

Dr Charles Ocholla, a physician at the hospital said the brothers who died might have consumed more poison which interfered with some of the organs in their bodies.

When admitted on Tuesday night, the children were vomiting and had lost consciousness.

“Both children died because of the overwhelming intoxication of the chemical which led to their internal organs being affected,” Dr Ocholla said.

Besides the chemicals, the children had stab wounds.

Because of the penetrative abdominal injury, the minors had to be taken to the theatre to reduce the risks of death.

“They were dealt with by our competent team of experts. They were, however, admitted in critical condition because of the complications of the chemical they ingested,” Dr Ocholla said.

The mother of the children appealed to well-wishers to help her accord her husband and the two children a decent send-off.

She said she is overwhelmed and may not be able to settle hospital bills which include fees for surgery, ICU and mortuary.
“All our problems at home were brought on due to lack of a job. I have no one to support me,” she said.