US flexes muscles in Gulf to reassure allies 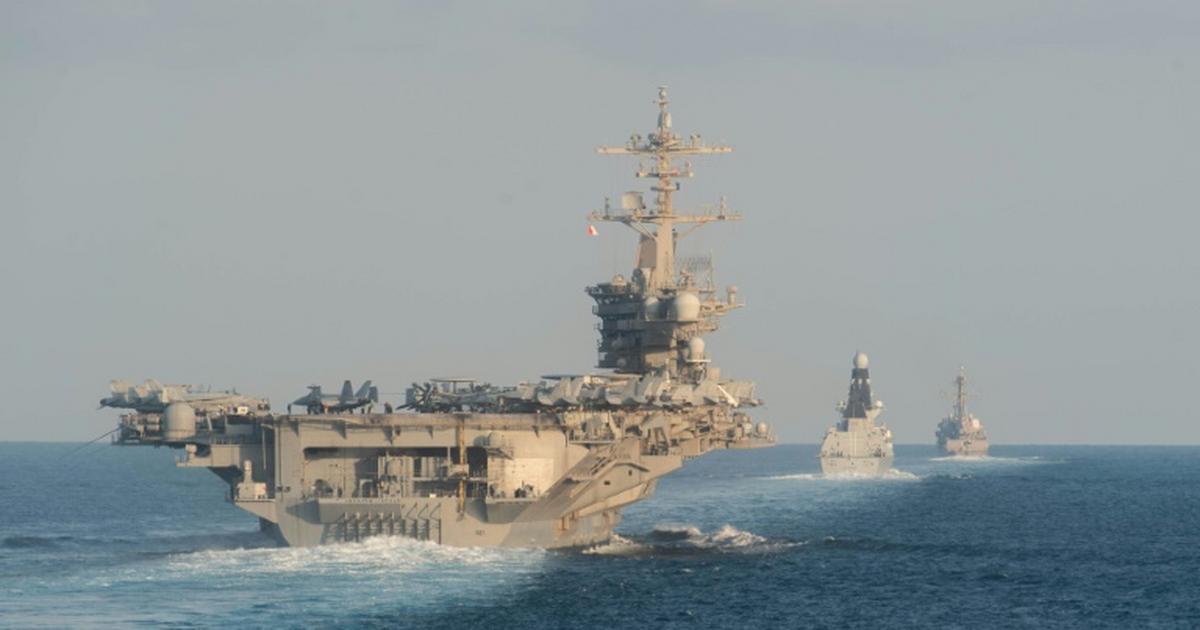 In a potent symbol of military might, the Abraham Lincoln carrier and its attendant warships cruised through the Strait of Hormuz this week.

The voyage came after United States President Donald Trump wrote in a tweet last month that “going into the Middle East is the worst decision ever”.

But since then, the US military has taken action to emphasise its long-standing presence in a region where the US has deep strategic interests.

It conducted massive trainings, announced the deployment of more troops and created a maritime coalition headquartered in Bahrain to protect shipping in the troubled Gulf waters.

The Abraham Lincoln’s transit through the strait, which earlier this year was rocked by a string of attacks that Washington and its allies blame on Iran — accusations Tehran firmly denies — was the first for a US carrier since April.

“This show of force is part of a ‘say-do’ gap that is emerging between verbal US security guarantees in the region and actual American inaction,” said Andreas Krieg, a professor at King’s College London.

“It is a desperate attempt to reassure allies in the Arabian Gulf.”

For more than seven decades, the United States has played an important role in the conflict-ridden region, serving in particular as a defender of Gulf monarchies against external threats, most notably Iran.

But Trump’s tweet and his calls for Gulf leaders to pay for their security suggested a move to redefine the relationship — born on an American battleship in 1945 when Saudi King Abdul Aziz bin Saud and US President Franklin D. Roosevelt first held talks.

There was further dismay last month when the US walked away from its Kurdish allies in Syria, opening a door for Turkey to launch a military campaign against the Kurds that was divisive even in Washington.

The apparent shift in US policy comes at a time of rising hostility with Iran.

Since May, tensions in the Gulf have increased with attacks against tankers, followed by drone and missile strikes on key Saudi oil facilities. Iran was blamed, but denied involvement.

Despite the attacks on its ally and having one of its own drones shot down, the US has avoided equivalent retaliation.

Sending the carrier through Hormuz “is certainly supposed to send a message of defiance and strength after months of being humiliated by Iranian escalation”, said Krieg.

The strait, which separates Iran and the United Arab Emirates, is a chokepoint for a third of the world’s seaborne oil. The shallow waterway is just 50 kilometres (30 miles) wide, making it a vulnerable shipping lane.

Despite Trump’s lack of enthusiasm for military involvement in the Middle East, the US still has some 60,000 troops in the region, including in Bahrain, which is home to the US Fifth Fleet.

The Pentagon said last month it will deploy thousands more troops to Saudi Arabia to protect its ally from “destabilising” Iranian actions, the first such deployment since US troops left the kingdom in 2003.

“It is almost certain that the US will not leave the Gulf. Even under Trump’s policy, which decoupled Gulf security from the Iranian nuclear programme, a continued US presence in the region makes sense,” security analyst Aleksandar Mitreski told AFP.

“The US… needs to maintain a credible threat to Iran.”

Earlier this month, the US led a naval exercise in the region involving more than 60 nations and shortly after, held a launch ceremony for a new maritime coalition.

“Our commitment to the region is not short-lived, it is enduring, and we will operate (here) as long as it’s needed,” US Navy Rear Admiral Alvin Holsey, commander of the newly formed coalition, said at the time.

“Trying to leave the Middle East is a little bit like Michael Corleone trying to leave the mafia,” said former CIA director General David Petraeus, referring to the protagonist of Mario Puzo’s novel, The Godfather.

“You understand why that might be an objective, but it is virtually impossible,” he said at a security conference in the UAE capital Abu Dhabi last month, to laughs from the crowd.

“You can try, but you are going to be called back in… In fact, there is no country that can replace us,” Petraeus said.