Home Business US offers Sh1.2bn each for information on Shabaab leaders
Business

US offers Sh1.2bn each for information on Shabaab leaders 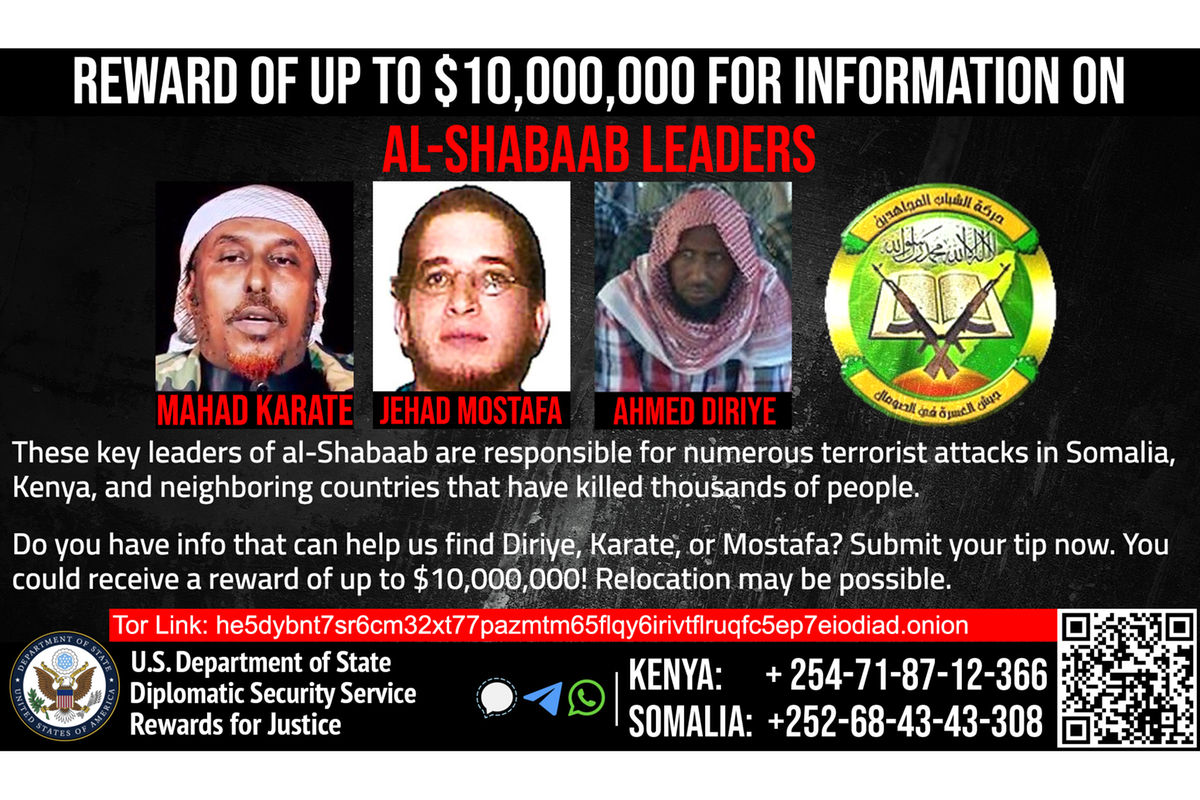 The US State Department has offered a $10 million (Sh1.2 billion) reward to anyone with information leading to the arrest of three al-Shabaab leaders, bringing the total reward value to Sh3.6 billion.

An additional Sh1.2 billion has been offered for information leading to the disruption of the financial mechanisms of the Somalia-based terror group.

“The US Department of State’s Rewards for Justice (RFJ) program, which is administered by the Diplomatic Security Service, is increasing its reward offers to up to $10 million each for information leading to the identification or location of al-Shabaab key leaders Ahmed Diriye, Mahad Karate, and Jehad Mostafa,” the government agency said in a statement on Monday.

REWARD! 💰Up to $10M for information on al-Shabaab’s illicit financial activities. Help us disrupt its financial networks and stop terrorist attacks – SEND US A TIP! pic.twitter.com/mRYBVLeIZj

Mr Diriye, al-Shabaab’s emir since September 2014, is linked to the 2020 attack on Camp Simba in Manda Bay that killed one American soldier and two US contractors. Mr Karate is al-Shabaab’s second or shadow deputy emir, and maintains some command responsibility over Amniyat, al-Shabaab’s intelligence and security wing, the US said.

According to the FBI, Mr Mostafa is the highest-ranking terrorist with US citizenship fighting overseas.

The US embassy in Nairobi says the three are responsible for numerous terrorist attacks in Somalia, Kenya and neighbouring countries.