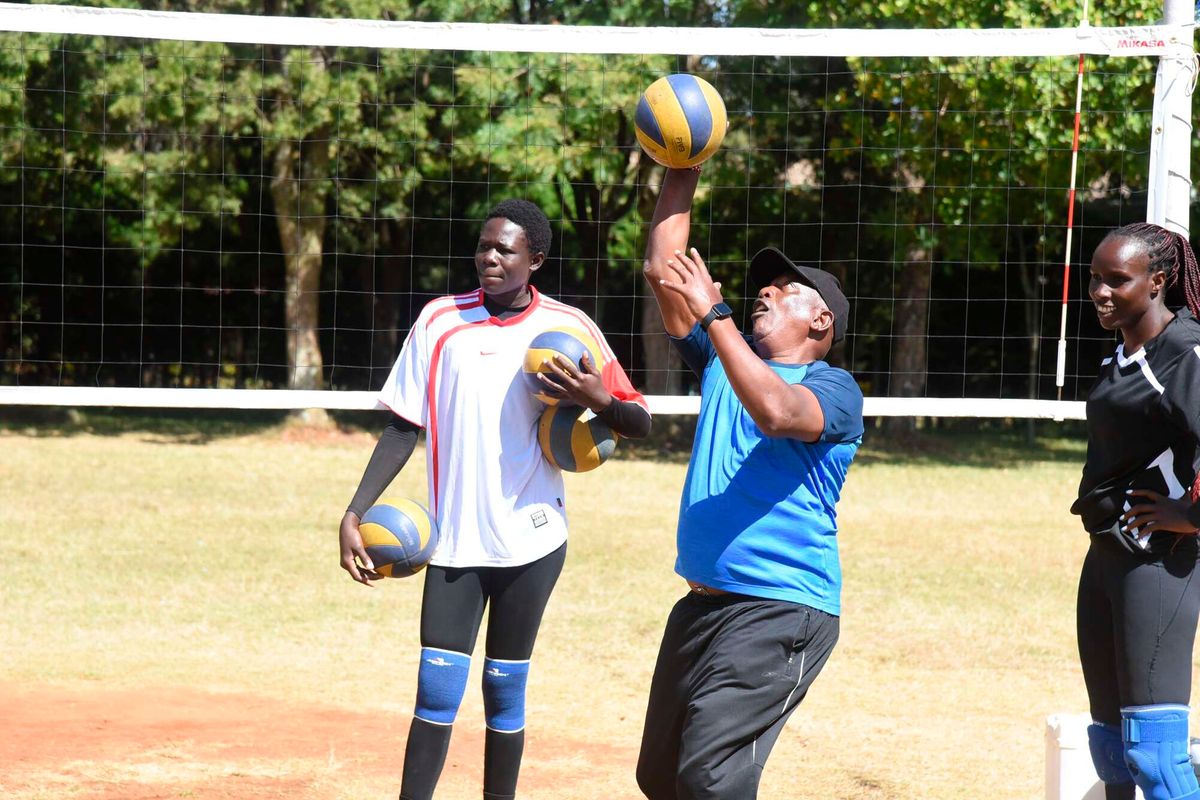 The final leg of the 2021/22 Kenya Volleyball Federation (KVF) women’s National League will be played Friday at at Koitalel Samoei University College in Mosoriot, Nandi County.

The match pitting defending champions Kenya Prisons against KCB Women’s Team on Friday will be the highlight of the final leg as teams chase a spot in the end of season play-offs.

Upon completion of the regular season, the top four teams will proceed to the play-offs scheduled for next year. The winner and runners-up will book automatic tickets to the Africa Clubs Championship set for April next year.

KCB, who are second on standings with nine points, will be looking to complete a double over the wardresses who they beat 3-0 in the quarter-finals of this year’s Africa Clubs Championship in Tunisia.

KCB went on to reclaim the African title which they last won in 2006.

Prisons, who finished second during the last weekend’s inaugural Eldoret City Open Tournament behind Kenya Pipeline, are fourth with six points from as many matches and will be out to seek revenge.

KCB will miss the services of star opposite Sharon Chepchumba who left for Greek side Aris Thessaloniki, while Prisons will be without Meldine Sande, opposite Emmaculate Chemtai, setter Joy Luseneka, Lydia Maiyo and middle blocker Shyrine Jepkemboi who are currently on maternity leave.

In the other matches, unbeaten leaders Pipeline will line up against Directorate of Criminal Investigations (DCI). Kenya Defence Forces (KDF) take on Nairobi Prisons while Kenya Army battle Vihiga County.

Pipeline have pitched camp in Eldoret for the last one week. Coach Paul Gitau said they have been acclimatising ahead of the national league in Mosoriot.

“We saw it wise to remain in Eldoret after the Eldoret City Open Volleyball Tournament so that the girls can acclimatise. We always train indoor but we also need to get the outdoor experience and I believe the girls will be able to play well,” said Gitau who thanked KPC management for their unwavering support to the team.

“I must thank the company for supporting the team because we started from down and we have managed to grow steadily. The upcoming matches will really shape our future,” he said.

At the same time, the first leg of the 2022/23 men’s league will serve off with eight matches on the card.

Reigning champions General Service Unit will get their title defence underway with a clash against Vihiga County.

GSU will be playing without the services of setter Brian Melly, middle blocker Simion Kipkorir and Abiud Chirchir who are playing professional volleyball this season.

Melly recently linked up with Moroccan side Omnisports De Meknes, Kipkorir is away in Tunisia with Mouloudia Sportive de Bou Salem while Chirchir is attached to Grand Nancy of France.

Last season’s runner-up Kenya Ports Authority – who are also without two key players, Peter Kamara and Denis Omollo – have a date with Mombasa Prisons in the much-awaited event.

The league matches will pave way for the second edition of the National Heroes Community Volleyball Tournament slated for this weekend at the same venue where more than 90 teams are expected to compete in various categories.

Defending champions KDF will be seeking a repeat of last year’s performance in the men’s category while Western Queens, who won the women’s category will also be fighting to retain the title.

The tournament, according to KVF Vice President Charles Nyaberi has been elevated to a national event as one way of encouraging more teams to participate.

“We have also introduced Division Two in the national league in addition to Division One. They will be playing on Friday as one way of bringing many teams on board as the season kicks off,” said Nyaberi.