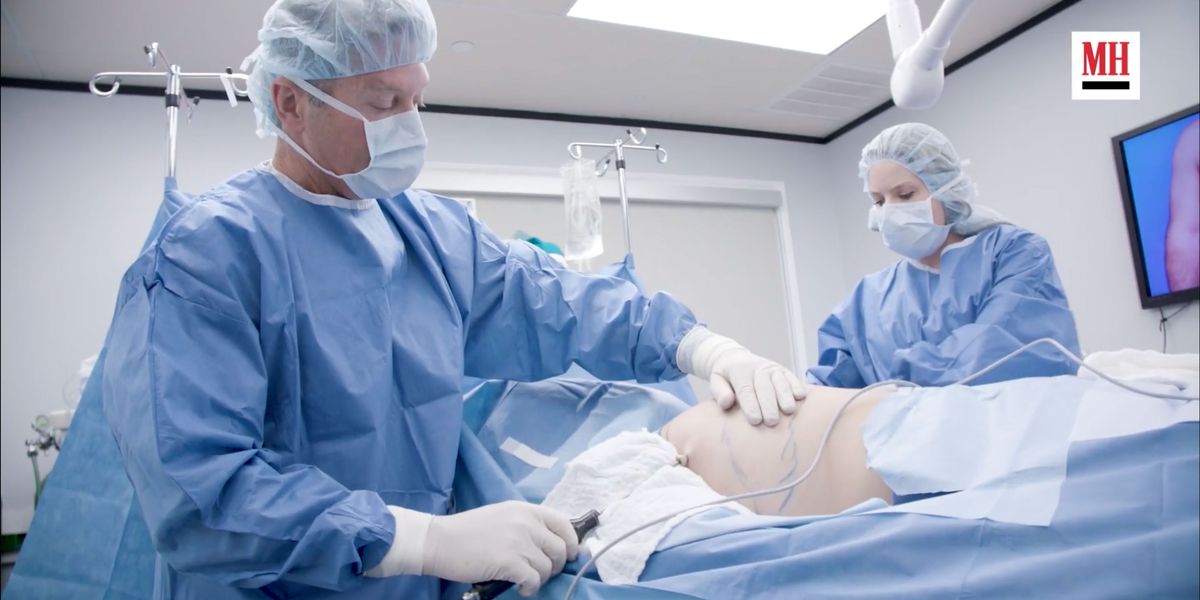 Patient #1 found the local Texas doctor on YouTube. Patient #2 from Oregon also found the doc online. As did Patient #3 from Montreal. All had similar stories: bullying, anxiety, low self-confidence, depression. The cause: their chests.

“The term ‘gynecomastia’ is the term for female-like breasts in a man,” explains Dr. Robert Caridi of Austin’s Gynecomastia Center. Colloquially, the condition has been given the more flippant moniker, “man boobs.” And while the term might draw laughs, for about 1 in 3 men, the condition is very real.

After posting surgical videos on YouTube, Caridi began amassing both a digital following as well as a long line of patients. He has now performed close to 3,000 gynecomastia surgeries over the last two decades. He averages between 250 and 300 a year, a rate that might put into perspective the growing need for such alterations; men everywhere are seeking out aesthetic change. And people are coming from almost every state and even flying in from other countries to see Caridi.

“The fear is that you’ve got to live with this for the rest of your life,” he says, summarizing his patient’s sometimes decades-long troubles. “The hope, though, is that you can get rid of the issue that’s causing a lot of these problems.”

“The fear is that you’ve got to live with this for the rest of your life.”

Getting rid of the issue isn’t all that invasive, and entails essentially what a breast reduction surgery might look like in women.

Caridi uses “ultrasonic liposuction.” “I combine that with standard liposuction,” he says, “and then a tissue-removal technique that I’ve found works for essentially everybody.”

Dr. Caridi claims the procedure leaves virtually no scars. While his patients don’t always require much tissue removal, the end result makes all the difference to them.

As patient No. 2 best summarizes the psychological motivation and relief: “You’re the person who notices it the most out of everyone.”

Josh St. Clair
Joshua St Clair is an editorial assistant at Men’s Health Magazine.
You Might Be Interested In
0 FacebookTwitterPinterestEmail

what will the process achieve for Kenyans?