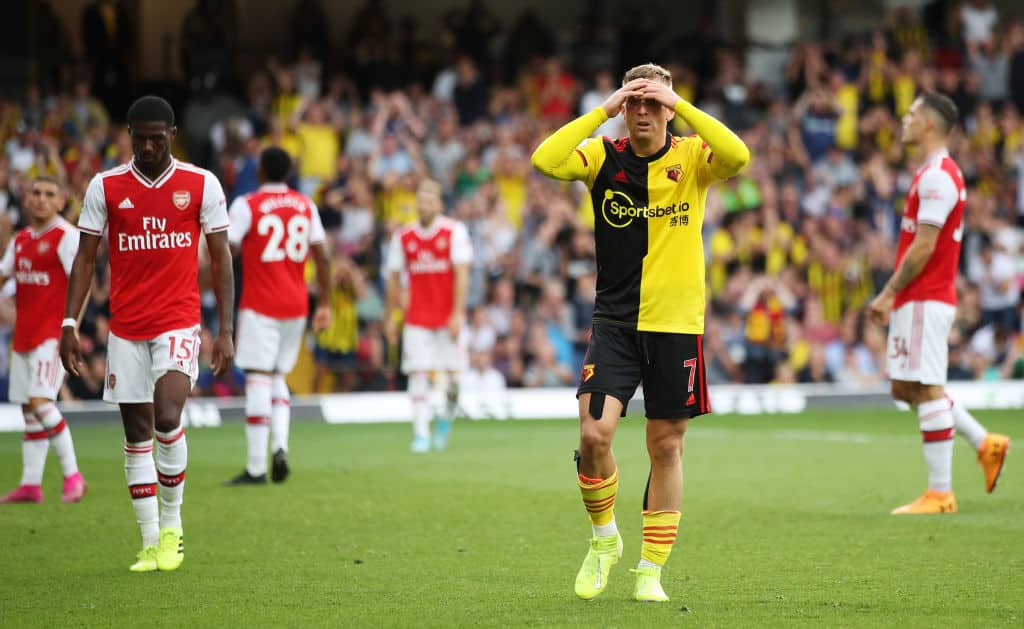 Watford on Sunday, September 15, displayed scintillating performance at the Vicarage Road, coming back from two goals down to force Arsenal to a 2-2 draw in tough EPL encounter.

Arsenal appeared to have won the match after a bright start, only to throw away their 2-0 lead in the second half.

Pierre-Emerick Aubameyang put the Gunners in front to open the scoring in the 21st minute, before finishing off a fine team move to grab his second just after the half-hour mark.

Watford had the chance to reduce the scoreline before the halftime when Will Hughes provided a dangerous pass for Tom Cleverly, but the former Man United midfielder was unable to beat Bernd Leno.

Cleverley however made amends in the second half, pulling one back for Watford in the 53rd minute following Sokratis Papasthaopoulous’ defensive blunder.

Buoyed by the goal, the hosts kept pressing high, with their efforts paying off in the 81st minute, restoring parity from the penalty spot via Pereyra who was brought down in the dangerous area by David Luiz. 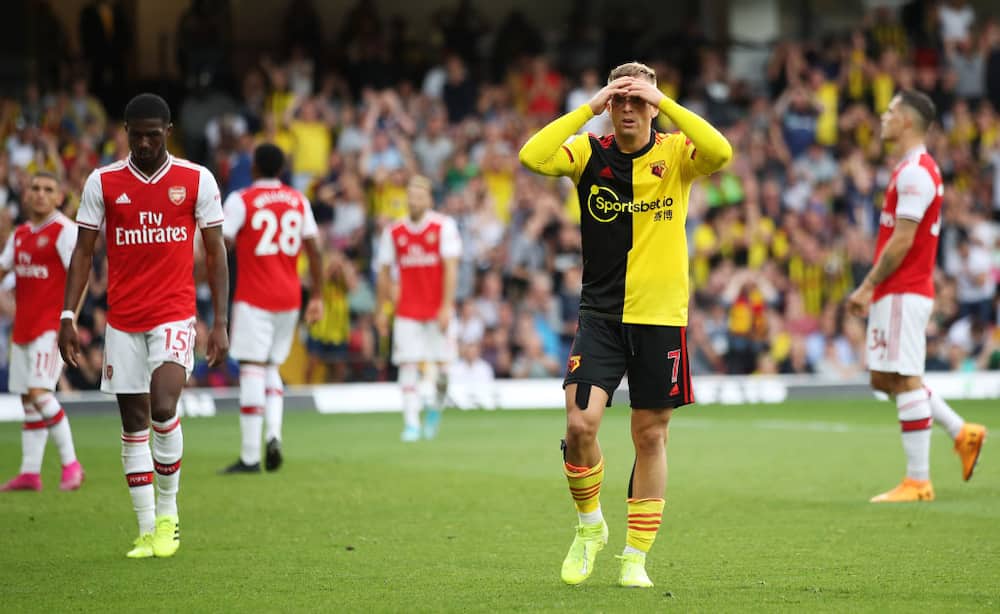 Suddenly the Hornets had their eyes trained on a famous victory and should have got it only for Abdoulaye Doucoure who was unmarked fluffing a glorious chance after striking straight at Leno from six yards out in stoppage time.

Meanwhile, Arsenal’s collapse in the second half saw them drop to seventh on the standings with eight points and will once again pose questions about their backline.

Ndindi Nyoro, Maina Kamanda, who is to blame?| Tuko TV