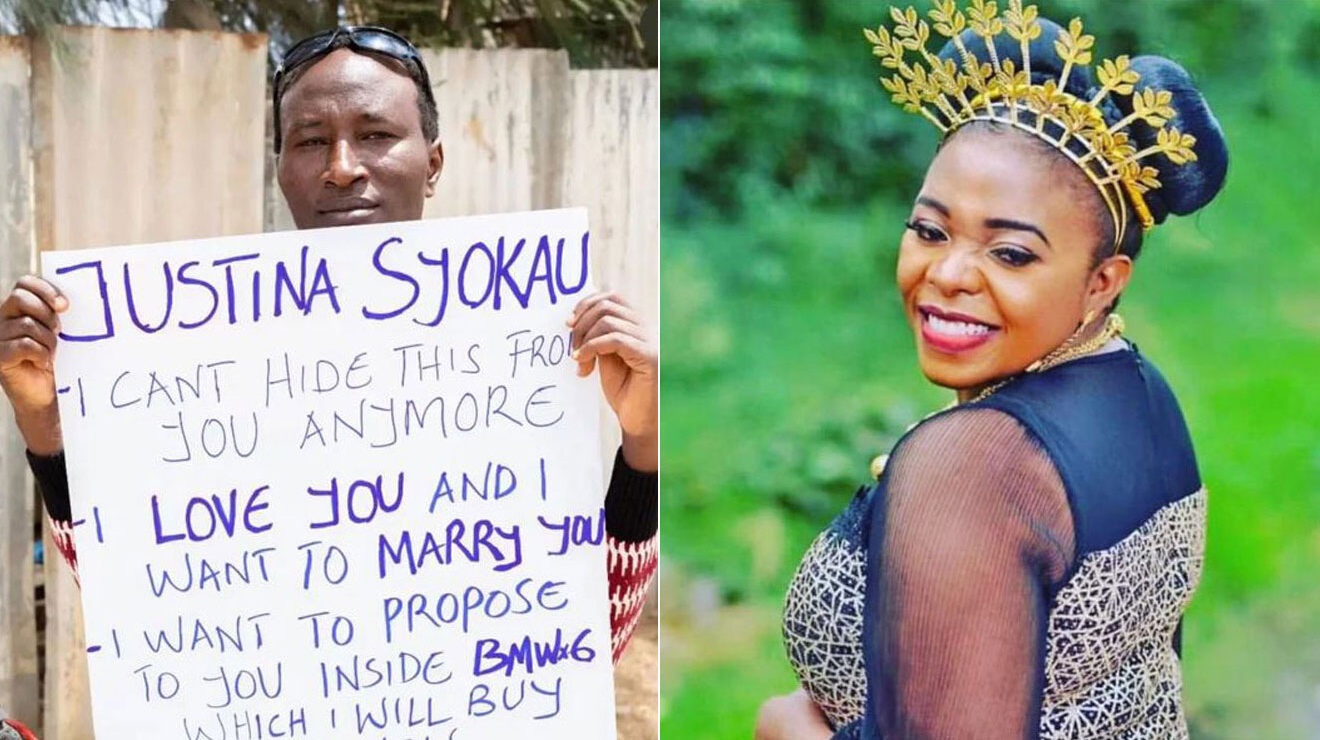 In a now viral move where a handful of Kenyans have recently been professing their love for their crushes and proposing marriage to the ‘apples of their eyes’, Consummator followed the script and took a photo of himself proposing to Justina while standing in front of a Black Mamba bicycle.

“Justina Syokau, I can’t hide this from you anymore. I love you and I want to marry you. I want to propose to you inside a BMW X6 which I will buy for you. I will wed you in Zanzibar on top of a boat,” Consummator said in his proposal.

Also read: Sarah Kabu: It’s still painful for me to talk about my miscarriage

Speaking to Nairobi News, Consummator said he is interested in Justina as a woman and was hoping to start something with her.

“This my thin lady. You know, when you are a man, there is a certain girl you really desire. So, Justina is the woman I have desired. I just wanted to catch her attention in this way and take it to the next level,” Consummator said when asked why he’d sought out the singer in such a public manner.

He laughed when asked if he’d gotten any response from Justina, saying he was pushing for a response from her because he knew she would have to say something considering she has posted his marriage proposal on her social media pages and asked her fans what she should do.

“All the things I said in the proposal, I want to do them for her. That is basically what I want. We haven’t had anything going on; it’s me pushing for something from her. You know, if I like a lady, like let’s say you, and it’s a lady I have been seeing like that and she compliments what I want, you have to make a move as a man so that’s the move that I’m making,” he added.

He further said he really likes Justina and is ready to do anything to get her.

“If she refuses my proposal, I will walk naked from Ngong to Kenya National Archives (Nairobi’s Central Business District) and I will call you to make sure you have seen I have done it. I will do anything for her and at the end of the day, it’s the things you do as a man- she will look forward and think that this man’s love is true,” he said.

Also read: Akothee brags about her achievements after one fan claims she’s jealous