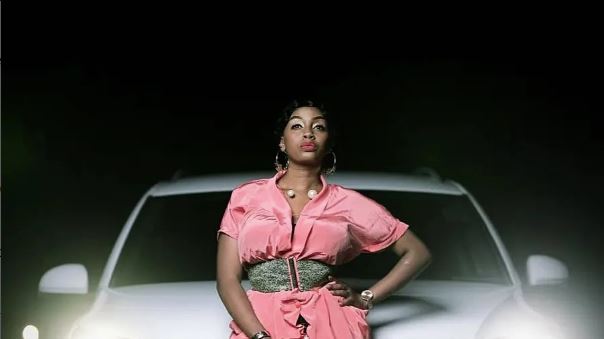 Ann Mbaru, the Kenyan contestant in Season 8 of the Big Brother Africa (The Chase) reality show that aired in 2013, is today making big business moves away from the reality television scene that catapulted her into international fame.

On November 13, 2022, Ms. Mbaru announced that she was launching her beauty product, an organic shea body butter, after testing the market.

“My NPD (New Productive Development) has been beautiful. I tested the market and moving forward we have a win-win situation. Looking forward, we are launching Makeeba by Anna Bananna in the first quatre of the year. Premium quality and made to perfection. #organicsheabutter,” wrote Ms Mbaru on Instagram.

Additionally, away from the beauty and television industry, she has been making waves in her professional career in the Public Relations field.

“Today was golden! We marked history. Serving as the Chairperson Public Relations and Marketing- Alumni Executive Committee and being awarded a certificate meant a lot for me.”

She continued, “To the Vice Chancellor, Prof Margee Enign, thank you for hosting us and the entire outgoing and ingoing office of the year 2020-2022. To be of service was absolutely stunning,” said Ms. Mbaru on November 16, 2022.

Also read:  Exclusive: Majirani – I was a victim of sodomy while in prison

In 2013, Ms. Mbaru introduced herself to Kenyans and Africa as a fashion designer who enjoys reading philosophical literature.

Her Big Brother Africa (The Chase) profile stated that Ms Mbaru loves Mombasa because of the water and said it’s the only place she finds peace and tranquility.

Also read: Where is he? Mystery of missing comedian, Kianangi

“I have three siblings- all brothers, all older- and my late father was my role model because he taught me the art of tolerance and hard work.

I love attention, so I look forward to having Africa’s eyes on me 24/7. It makes me feel like the princess I’ve always been. My family is happy that I am going on the show, and they can’t wait to tell everyone that they are related to me,” Ms. Mbaru told BBA (The Chase) in 2013 when she was 24 years old.

Man in Court For Unnatural Act With Employer’s Goat

All The Trending Memes and Tweets This Furahiday