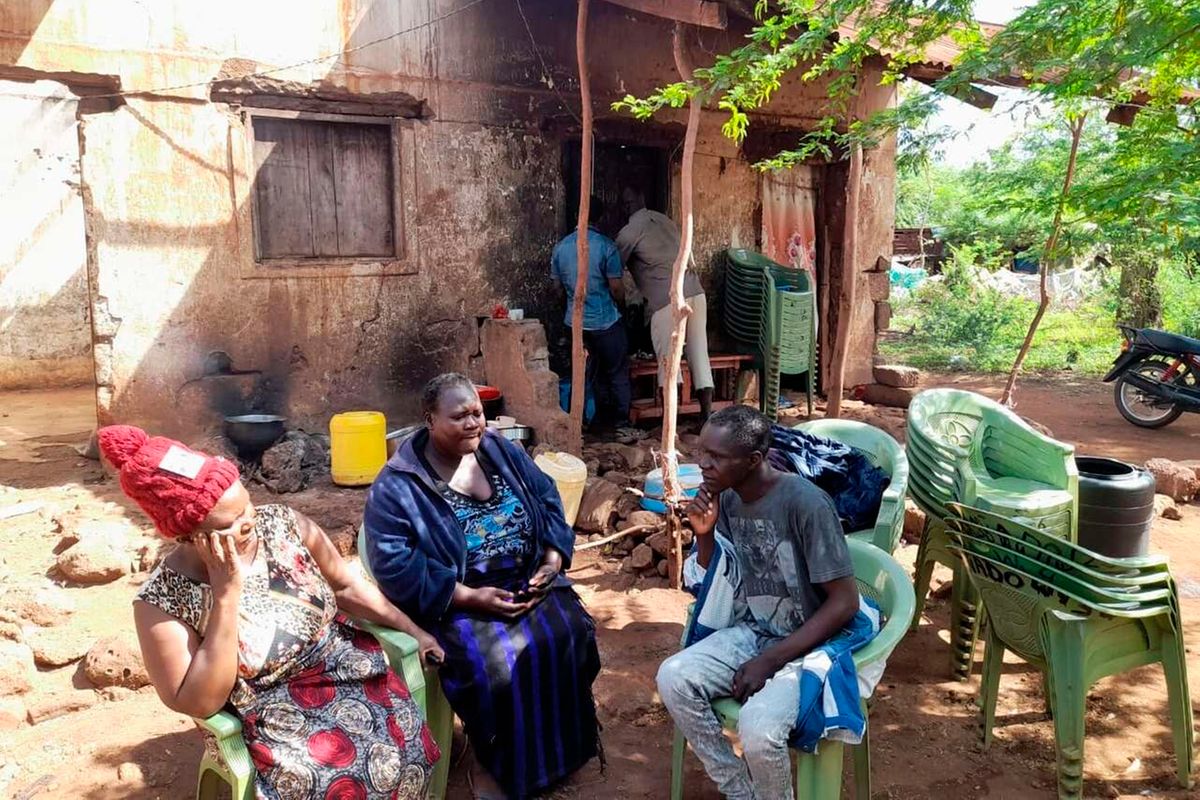 All this while, onlookers were unaware that the body was that of one of their own, a neighbour by the name Anna Achieng’.

Ms Achieng’ was allegedly raped before being killed and the body dumped in the bush, near her house.

Family members say the 37-year-old mother of three is suspected to have been murdered on Saturday night when her neighbour called her to give her chama (merry-go-round) money.

Narrating the incident to Nation.Africa, her sister Eunice Adhiambo, said her younger sibling had undergone a painful death.

“My sister had been raped and the perpetrator inserted sticks in her private parts. Her body was found half-naked and mutilated,” she narrated.

On Saturday, Ms Achieng’ who packs bananas at the Taveta cross-border market, went to work in the morning.

Being a market day, she is said to have left work at around 6pm and passed by a friend’s house to collect chama money before heading home.

Her sister says the deceased had complained that her neighbour, the suspect, had delayed giving her his chama contribution.

At around 11pm when they were asleep, her children called her telling her the neighbour was knocking to give her the money for the chama.

“The children went back to sleep and when they woke up on Sunday morning, they did not see their mother. They did not know she did not come back the previous night,” Ms Adhiambo said.

The deceased’s nephew, Hezbon Omondi, said his aunt was clobbered on the head with a blunt object before she was dragged by her perpetrators to the bush.

“She had bruises on the forehead and hands. Her legs seem to have been fractured too,” he said.

He explained that the horrible incident has left the children traumatised.

“It was her children who recognised her as they were going to church,” he said.

He noted that it was unclear why the perpetrator would abduct and assault her as he was deemed to be a “good” neighbour.

“The children and neighbours tell us that sometimes my aunt would give him food. Other people suspected that he was a criminal but my aunt always defended him,” he said.

The suspect has since gone missing but the police have launched a manhunt to arrest him.

“The children are sure it was him because he said he wanted to give her the chama money and he had called her by her name. Why did he escape when the children named him as the suspect?” he wondered.

As they seek justice for their kin, the family says they cannot afford to pay Sh20,000 for post-mortem and are calling on local leaders and police to help them get justice, and give the deceased a befitting burial.

Mr Muchuma said detectives visited the scene and collected evidence, which they say will help them narrow down the culprit(s) of the heinous act.

The incident comes as the world marks the annual global campaign of 16 Days of Activism Against Gender-Based Violence (GBV).

Although stakeholders have increased action against the vice, cases of GBV continue to be reported in the county.

Following the incident, Tunaweza Support Group official Fatuma Mohammed, said more action should be taken to reduce such cases, which put women and girls in the area at risk of being preyed upon by perpetrators.

Ms Mohammed also called for the completion of the Bura Rescue Centre, which is being constructed through the National Government Affirmative Action Fund (Ngaaf) that is patronised by Woman Representative Lydia Haika.

The Sh40 million facility will offer shelter to survivors of GBV as they search for justice in court.