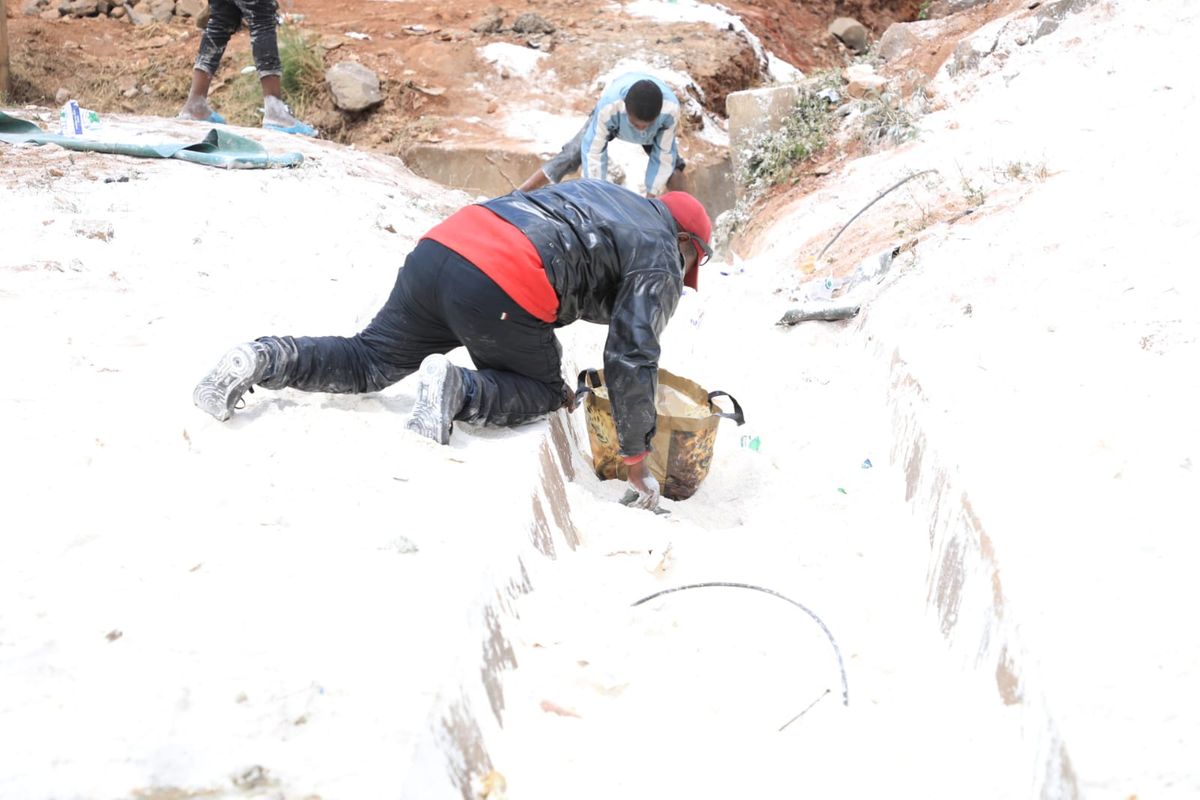 A third of Kenya’s middle class are just a shock away from sliding into poverty, pointing to a precarious position for workers whose spending power has been ravaged by sky-high inflation and the worst drought that cut farmers’ earnings.

This is the verdict of the World Bank in a forecast that risks dealing a major blow to investors that queued to open shops in Kenya, encouraged by the rising disposable incomes.

Middle-class Kenyans have been among the biggest beneficiaries of an economic boom witnessed since 2005, which has seen the economy grow at an average of five percent annually.

But the Bank says a third of them, mainly those dependent on agriculture, or an estimated 10 million are at risk of slipping into penury.

This comes amid surging living costs, which have seen many Kenyans trim shopping budgets and triggered a cut in demand for non-essential goods that could force firms to shed jobs.

Drought, which has left four million people dependent on food aid, has cut earnings from the dominant agro-sector while Russia’s invasion of Ukraine drives up global grain and fuel prices.

“More than one-third of non-poor Kenyans are classified as vulnerable, with vulnerability most common in households that derive most of their income from agriculture, with low levels of education, and/or headed by women,” said the World Bank in a report that gives a road map of how the global lender will help the country attain Vision 2030 — an anchor growth blueprint — and reduce poverty in the next five years to 2028.

Kenya labels households with a monthly expenditure of between Sh46,356 and Sh184, 394 in Nairobi to be middle class.

The World Bank says non-poor persons’ daily earnings are above $1.90 (Sh233) for each household member.

It says the structure of Kenya’s economy has lately failed to lift millions out of poverty, turning the spotlight on the Kenyatta regime.

“Though economic growth contributed significantly to poverty reduction in Kenya, growth has become less pro-poor in recent years,” the World Bank said in the report.

“Robust GDP per capita growth since 2005, along with growth in private consumption, saw the share of the population living below the international poverty line fall from 43.9 to 33.4 percent (2015-2019).”

The Bank in the report capturing Kenya’s economic health reckons that the gap between the rich and poor is unchanged from 2015, but it narrowed between 2005 and 2015.

Kenya’s middle class has been growing, providing the backbone of an economic revolution that is attracting billions of dollars of foreign capital and changing the face of Africa, which is ranked the poorest continent.

Shopping malls have sprung up across the country faster than ever before as retailers seek to tap into a swelling middle class with growing disposable incomes and a limited choice of leisure activities.

Data from the Kenya National Bureau of Statistics shows that 36.1 percent of Kenyan households are classified as poor with the remaining 63.9 percent or 30.39 million being non-poor. This means that a third of the non-poor represents 10.02 million, with majority of them being the “floating middle class.”

The African Development Bank (AfDB), in a 2013 report, identified a “floating middle-class” – for whom a simple shock such as job loss or huge medical bill is enough to impoverish them— and put them at close to a third of the country’s middle class population.

The crippling effects of the Covid-19 pandemic saw a lot of the floating middle class rendered jobless as companies shed jobs due to the negative effects of the pandemic.

Most of the middle-class families who were paying high rents in plush apartments in Nairobi were forced to downgrade to smaller, cheaper or unfinished homes in the outskirts of the city, according to the findings of the Housing Price Index by the Kenya Bankers Association for the first quarter of 2020.

The single heaviest item in the middle class’ shopping basket, according to the national statistician, is hotel boarding followed by airtime, two-bedroom rental house, beer, rent for one bed-room and personal cars.

They also tend to spend a lot on restaurants, bus fare and insurance for their vehicles.

Most of those taking home over Sh100,000 in a month—and who are better cushioned against the high cost of living compared to the floating middle class and the poor— are mostly in education where 79,828 workers with a permanent job have a six-figure salary.

However, while only 13 percent of permanent workers in the education sector earn over Sh100,000 in a month, the fraction is higher in finance and insurance where 39 percent of the wage employees pocket over Sh100,000.

The frustrations of Kenya’s jobless doctors

Emotional sendoff for doctor who died by suicide

The afterlife — fact or fiction?

Tax debate a twist on the definition of...

Why Uhuru retirement shouldn’t be politicised