Why misleading food labels are everywhere 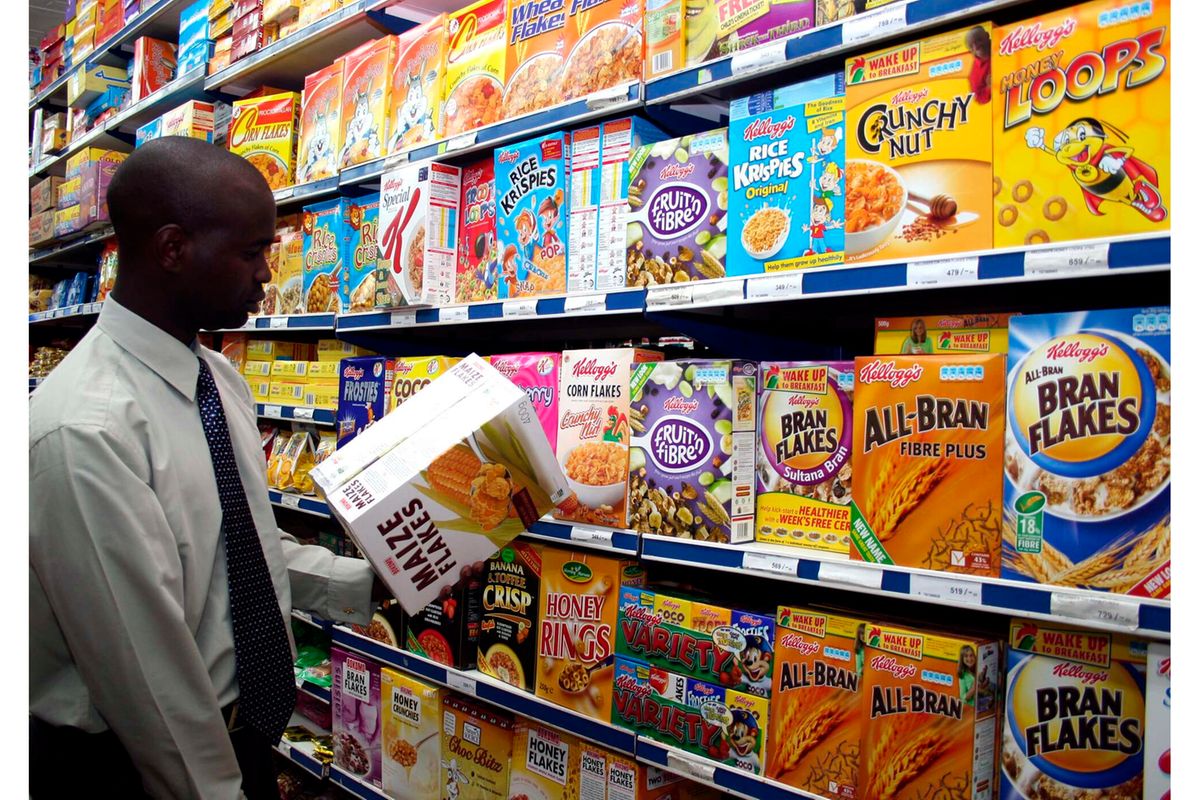 While I was at the supermarket recently I thought I’d do a little research on your part and I started to pick up cereals that gave the impression of being healthy.

There was one that I hadn’t seen before. It came in a fresh colour and had beautiful pictures of whole wheat grains and a head of corn. It even stated that it was cholesterol-free. Intrigued, I picked it up.

On the side of the packet of any food, you can find the nutritional facts. The components of the foods are shown in energy (calories), carbohydrates, fat, protein, fibre, and sodium. You’ll usually see this information in two columns: one lists the nutritional value of the food per 100 grams and the other per serving size (for this cereal it was 28 grams).

How can we read this data? The first thing I look at is the sugar content. This is found under the carbohydrate content and by looking at this number under the 100-gram column, it tells us what percentage of the food is sugar. This cereal contains 48 grams of sugar per 100 grams, making it 48 percent sugar. That means that almost half of what would be in your breakfast bowl is sugar (approximately 3.5 teaspoons) and this is something that has been marketed as a healthy cereal.

The other thing to look at is the ingredient listing. For this one, as you might expect, the number one ingredient was sugar. The second one was non-dairy creamer, with glucose syrup as its top component. The other things listed included various emulsifiers and stabilisers, E numbers (e.g. E471), the actual whole grains, and then thickening agents.

Wouldn’t it be better to buy a bag of jumbo oats and cook that with some apple and cinnamon instead? While the packaged cereal is technically cholesterol-free, the high sugar content means that it will increase the amount of oxidised cholesterol in the bloodstream (think of oxidisation as rusting).

On the other hand, both the oats and the apple in the homemade version contain soluble fibre which helps to lower cholesterol levels, even out blood sugar, and keep your bowel regular, while the cinnamon is a great treatment for early diabetes (half a teaspoon a day is ideal).

So make sure you know what you’re buying, whether it’s breakfast cereal or something else. And if there are lots of ingredients with long, complicated names, you’re better off leaving them on the shelf.

Simply combine six cups of oats, two cups of dried fruit, a cup of chopped nuts, and a cup of seeds. Store in an airtight container to keep fresh.

Government Has Not Introduced Pocketless Uniforms For Police Officers

My wife and I are new primary teachers. Help us manage our 56K net pay

Step up efforts in public awareness of diabetes

Qatar welcomes the world as reality on pitch...

Hope for peace as Marsabit morans pledge to...