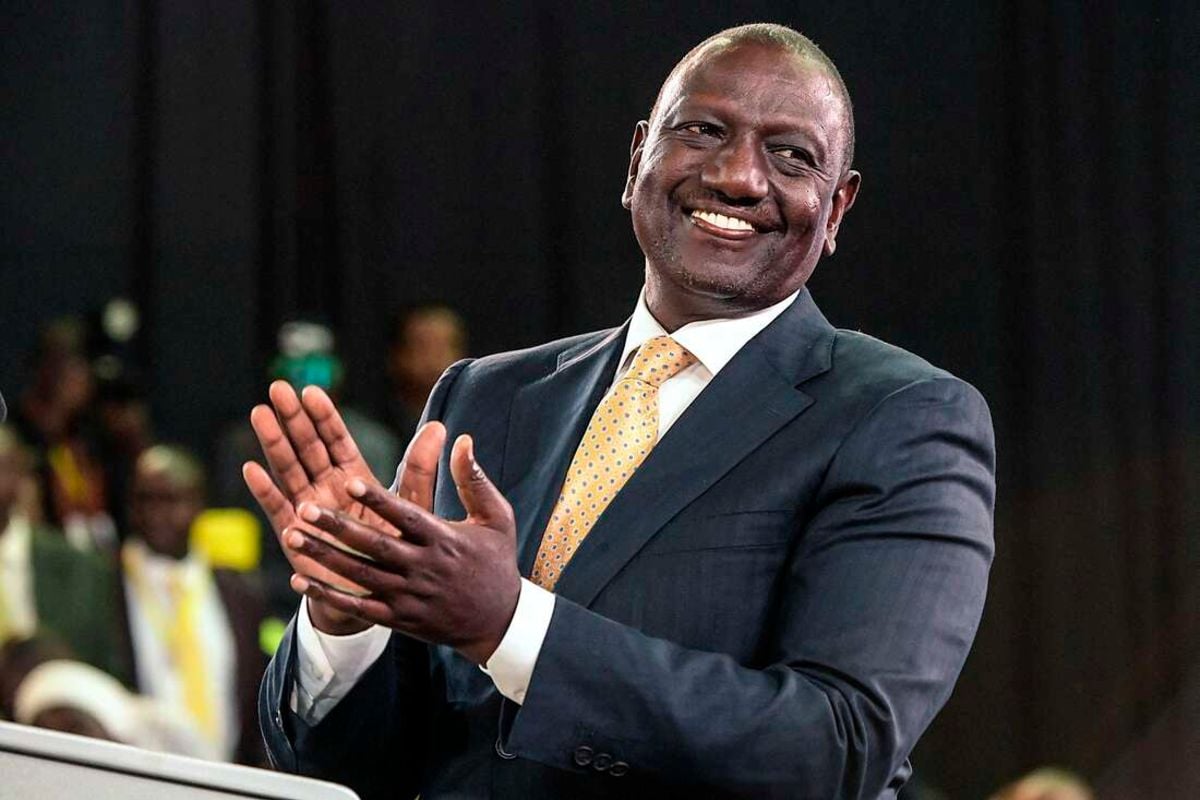 Mr Ruto was declared the winner of a closely fought election after garnering 50.49 percent of the vote against Raila Odinga’s 48.85 percent.

The announcement at the Bomas of Kenya auditorium, which comes six days after Kenyans went to the ballot, was followed by jubilation from the Kenya Kwanza camp. There was also audible disgruntlement from the Azimio camp.

While Dr Ruto was present at Bomas, Mr Odinga was conspicuously absent.

Also conspicuously absent were four IEBC commissioners – vice chair Juliana Cherera, commissioners Francis Wanderi, Irene Masit and Justus Nyang’aya – who have alleged that the results were arrived at in an opaque manner, without giving further details.

“We are not at Bomas because we cannot take ownership of the results that are going to be announced,” Ms Cherera said earlier today.

Watch the surprise press conference by IEBC commissioners at Serena Hotel below:

He attributed his victory to God, whom he said enabled him to withstand storms to become Kenya’s fifth president.

The vote was carried out peacefully, with international observers praising the electoral commission for a job well done. The East Africa Community, the Intergovernmental Authority on Development (Igad), the Commonwealth and the African Union (AU)/Common Market for Eastern and Southern Africa (Comesa) observer missions in Kenya also praised the National Police Service for their professionalism at the polling stations.

Market capitalization at the NSE drops to Sh1.96trillion

Kenya Power kicks off search for a new...

Turkey’s inflation slows for third month ahead of...

Collaboration key to improve state of roads in Busia