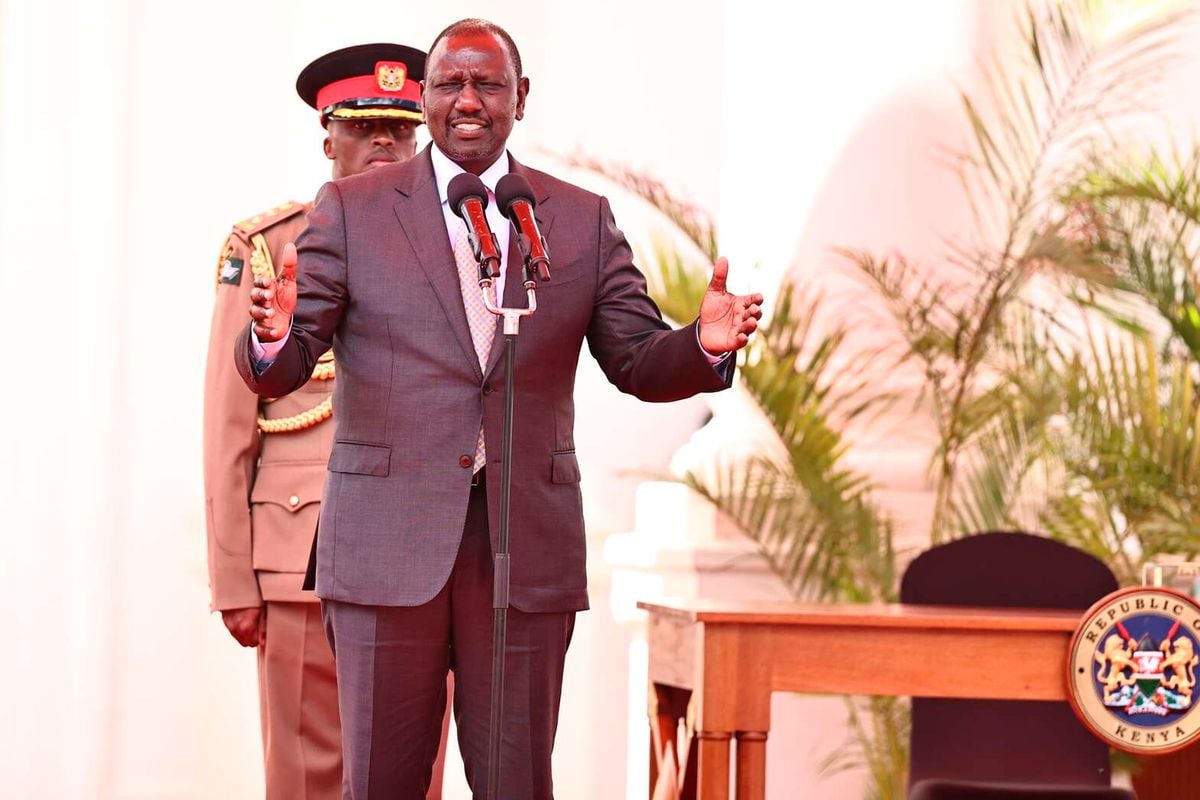 The Head of State, the Nation has established, has given the go-ahead for MPs in his Kenya Kwanza Alliance camp to support proposals to establish the Office of the Leader of Opposition, the entrenchment of the National Government Constituency Development Fund (NG-CDF) and the Senate Oversight Fund in the Constitution, as well as the rolling out of a new formula to solve the two-thirds gender rule headache.

MPs who attended a Kenya Kwanza MPs meeting on Monday told the Nation that President Ruto said he had no problem with a proposal by an Azimio technical team, which has in a report to the coalition’s top brass, proposed that the holder of the office be given immense powers, including an annual address to Parliament, leeway to hire key oversight agencies, as well as funding from the Exchequer to ensure continued oversight.

According to Dr Ruto, such a proposal would go hand in hand with his promise to strengthen the Opposition, which he argues should be enhanced so as to adequately keep the government in check.

“The boss also told us to spearhead a Constitutional review, and the Bill can be tabled anytime, even during the Special Sitting tomorrow. He wants us to try and resolve the two-thirds gender rule. He said the process is a give and take as the Azimio side will get a functional Leader of Opposition office funded by the government, senators will get the oversight fund, while MPs will get NG-CDF, National Government Affirmative Action Fund (NGAAF) all entrenched in the Constitution,” said another Kenya Kwanza MP.

Already, MPs have formed a special committee to collect views to entrench the NG-CDF, the Senate Fund and the affirmative action kitty, giving room for the pushing of the same proposals to finalise both the gender rule law as well as that of the opposition role.

Dr Ruto is also said to have floated a radical proposal to address the two-thirds gender rule, a constitutional nightmare that has not been implemented in successive Parliaments, which saw former Chief Justice David Maraga call for the dissolution of Parliament for non-compliance.

In the proposal, Dr Ruto wants the two-thirds rule pegged at the 290 single constituency MPs, and not the 349 House membership.

“I want us to sort out this two-thirds gender rule. Let us obey the courts. Therefore, our relevant committees should work on a formula and report back to me as soon as possible. I do not want to be served with orders to dissolve this Parliament,” one of the MPs who attended the meeting quoted the President as saying.

Currently, there are 29 single constituency female MPs, up from 23 after the 2017 polls. There are also 47 County Woman Representatives, bringing the total number of elected women in the House to 76. If the President’s proposal sails through, a third of 290 will be 97 MPs. Currently, a third means 117.

In the Senate, Tabitha Keroche (Nakuru), Fatuma Dullo (Isiolo), and Machakos’ Agnes Kavindu are the three elected women senators, with 16 nominated in the women category and two — one each in youth and persons with disability — making the number 19.

A third of the Senate’s 67-member House is 23. This means the Senate is only four members short of being compliant.

In his inauguration speech at Moi International Sports Centre Kasarani in Nairobi, Dr Ruto pointed to lobbying legislators to pass the law.

“On the matter of gender parity, I am committed to the two-thirds gender rule as enshrined in our Constitution, and I will work with Parliament to fast-track various legislative proposals and establish a framework that will resolve this matter expeditiously as promised in our manifesto,” he said.

But even as he pushes to find the panacea to the two-thirds gender rule, President Ruto failed to honour his own election campaign pledge of giving women 50 per cent of his Cabinet. Only seven women made it to President Ruto’s Cabinet.

And out of 51 Principal Secretaries who were sworn-in on Friday, there are only 12 women which translates to 23.5 per cent.

Lawyer Bobby Mkangi, who was in the Committee of Experts that drafted the 2010 Constitution, rejected the proposal, saying it was an attempt to short-change Kenyans.

“The two-thirds gender rule is not pegged on physical or territorial units. If they want to adopt the 290 formulation, how do we deal with special seats like Woman Representatives and nominated MPs? This will be ignoring in entirety how we define representation. The 290 formulation might be short-changing Kenyans,” said Mr Mkangi.

But while he discussed the two-thirds gender rule, it is on the formation of the Opposition Leader role that Dr Ruto seems to have made up his mind.

The office, to be funded by the Exchequer, the Azimio team proposes, will have “all such powers and discretion necessary to solicit and mobilise for funding from all such sources, including donor funding to supplement its budgetary allocations to finance its various activities”.

Vihiga Senator Godfrey Osotsi however told the Nation that the creation of the office of official opposition was some of the proposals contained in the Building Bridges Initiative (BBI) that was opposed by President Ruto.