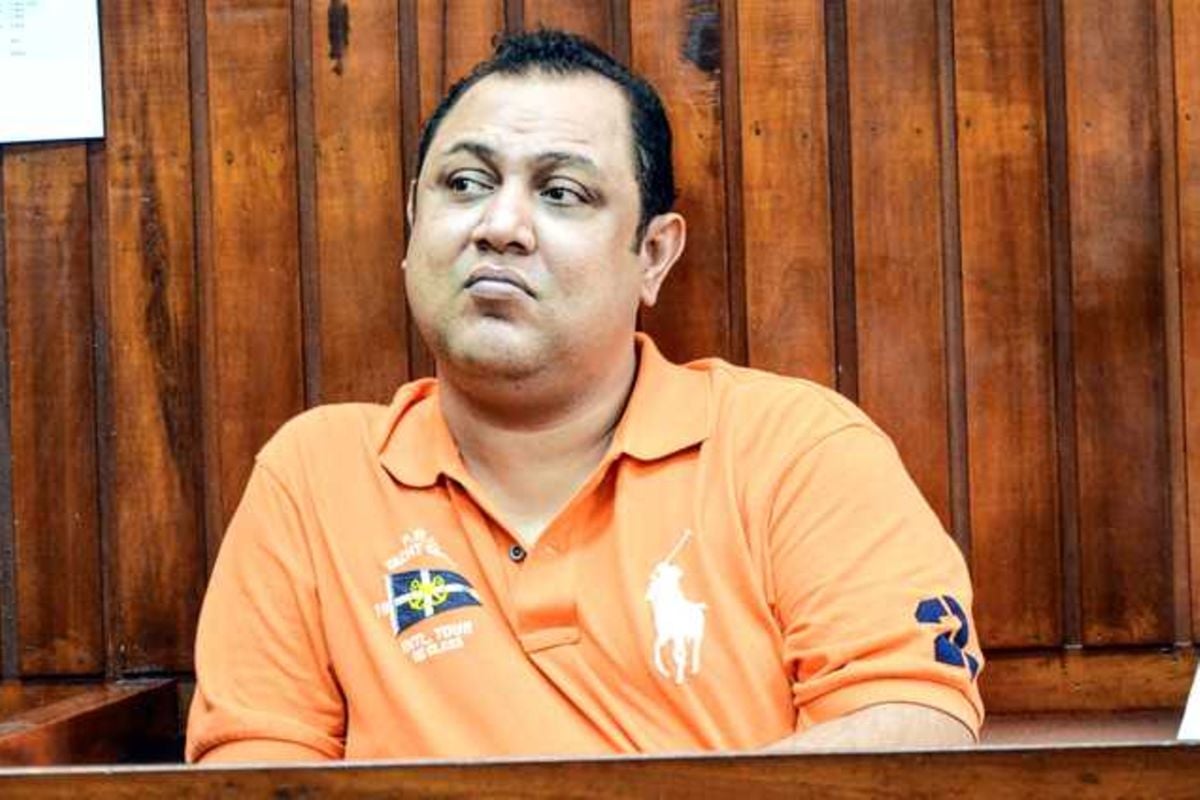 The 22-year-old was a minor at the time of his father’s arrest in 2014. And just like his father, Baktash appeared before the Mombasa law court to attend extradition proceedings.

This week, the 22-year-old had his day at the Shanzu court to answer to robbery with violence charges that could see him land in prison for the rest of his life.

Clad in a cream, dotted T-shirt and his face partly covered with a mask, the young Baktash sat calmly as he heard the charges being read out to him.

The court was told that Baktash violently robbed Mr Derrick Gikanga Wanjiku and Ms Naeem Yusuf Mohamed of their money and property worth Sh134,500.

Shanzu Senior Resident Magistrate David Odhiambo heard that at the time of the robbery, the suspect was armed with kitchen knives and a hammer. He allegedly committed the offence jointly with others who are yet to be arrested.

The prosecution alleged that the suspect not only violently robbed Mr Wanjiku, but he also injured him at the back of his head. The two offences were allegedly committed on January 29, 2022, at the Voyager Hotel area, and on January 6, 2023, at the Kenol area in Nyali Sub-County.

However, Mr Baktash distanced himself from these accusations and was released on a Sh1 million bond with four sureties of a similar amount.

Mr Baktash’s arrest and subsequent charging in court add to the legal troubles bedevilling the Akasha family.
In one of those legal battles, Ms Hayat Abdalla Akasha, who is the first wife of the slain drug baron Ibrahim Akasha, last year renewed the quest to join a dispute to recover properties seized by the American operatives and Kenyan authorities.

Mrs Hayat entered the battle for the properties seized during the 2014 raid, some of which she alleges belong to her late husband. She said that the senior Akasha was not convicted of any drug-related charge in his lifetime and therefore, his property and assets cannot be viewed as proceeds of crime.

She had instructed John Khaminwa Advocates to advance her interest in a petition that was last filed by her co-wife Fatma Akasha and daughter-in-law Najma Juma Hassan who is the wife of Baktash Akasha, who is serving jail terms in the US for drug trafficking.

However, Ms Najma and Ms Fatma are reluctant to allow Ms Hayat to participate in the petition on grounds that the case has already been heard and finalised, and is now awaiting final determination.

Through lawyer Kiogora Mugambi, the two want the court to reject Ms Hayat’s attempt to join the case, arguing that this would delay its determination. Instead, they want the file transferred to former Mombasa Resident Judge Eric Ogola to write the judgment.

“There is an application by the interested party that is pending. It was filed in the mistaken belief that the petition concerns the properties of the late Mzee Akasha. That is not the case,” Mr Mugambi told the court last year.
According to the advocate, the petition concerns the properties of Najma and Fatma that were seized when their homes were raided in 2014.Ms Hayat has alleged fraud on the part of the petitioners, but lawyer Kiogora has dismissed those allegations, saying his clients are pursuing their personal properties and not those of Mzee Akasha.

According to the advocate, the succession case against the estate of the slain drug baron is yet to be filed and therefore, the application by the interested parties is mistaken.

In the petition, Ms Najma and Ms Fatma are seeking orders to compel the government to release properties taken from Baktash Akasha’s Nyali house when a team from the Directorate of Criminal Investigations(DCI) and the American operatives raided his house in 2014.

The properties include posh vehicles including a Mercedes Benz and a land cruiser, title deeds to palatial homes in Nyali, 11 gold chains, two Ceska pistols loaded with 16 rounds of ammunition, 10 separate rounds of ammunition, over 10 mobile phones and log books.  They are also demanding for the release of other properties estimated to be worth billions of shillings spread in the United States, Pakistan and Iran.

Their petition followed the successful extradition to the US of the Akasha brothers and their jailing for drug trafficking.

The court has been told that the state is still holding the properties of Baktash and Najma, including the seven gold chains and one hand chain with coins.“The petitioners seek a declaration that the properties cited herein were not exhibited in the extradition proceedings and further not liable for forfeiture and orders for the immediate release of all the properties to us,” Ms Najma and Fatma said in the submission.

The petitioners are also seeking damages for loss of user and prejudice occasioned by the illegal seizure and holding of the items. In a sworn affidavit, Ms Hayat has alleged fraud that is likely to deny her claim to the properties in case the same is handed to her co-wife after the judgment.

She argues that some of the properties listed by her co-wife in the court documents belong to their late husband, hence she is entitled to them.

“I am suspecting fraud and foul play. Properties such as land and palatial homes being held by the government belong to the late Ibrahim Akasha,” she argues in her court documents. This comes even as the state says some of the properties seized from the jailed Akasha brothers will not be returned to their families.

Two in court over armed robbery