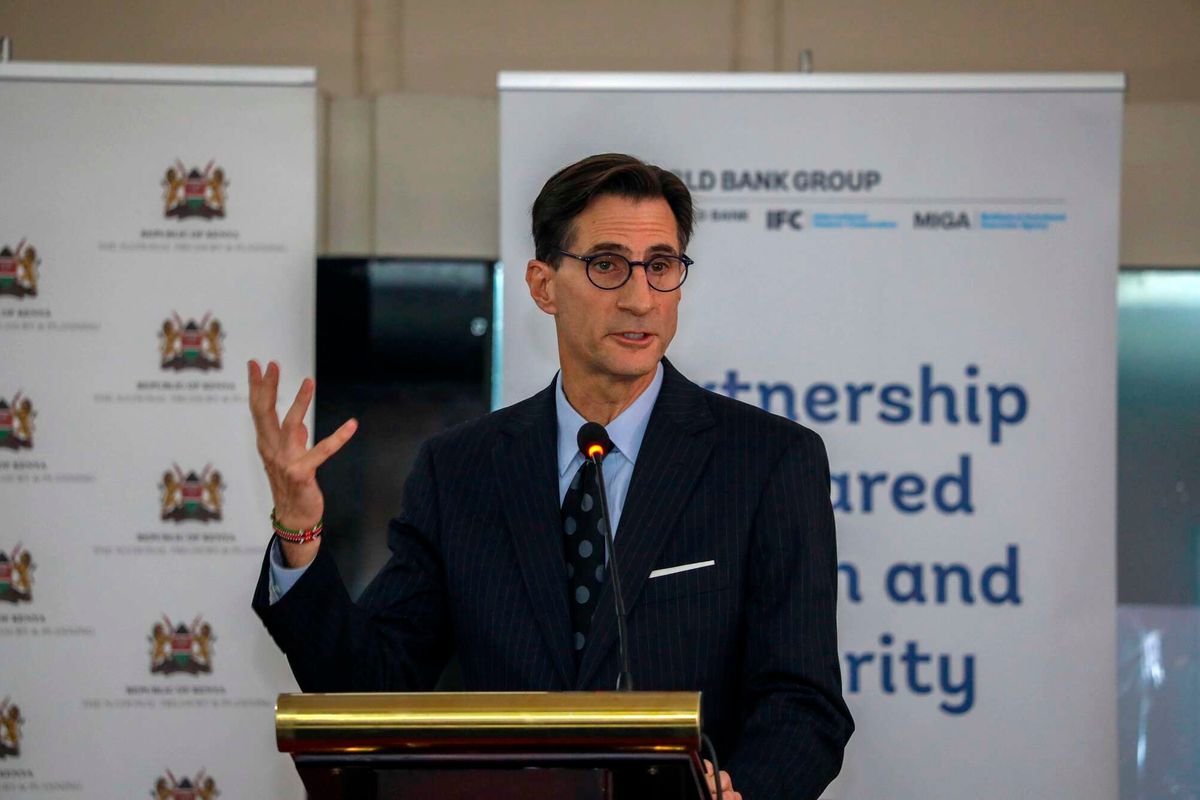 The World Bank has proposed a bagful of sensitive reforms to spur Kenya’s economic recovery, handing President William Ruto’s regime some tough choices of fueling growth while safeguarding investor confidence and appeasing a restless population scorched by the high cost of living.

Among the major targets of the lender’s reforms is a shake-up of the National Social Security Fund (NSSF) to transform it into a financially vibrant outfit to wean pensioners off state dependency.

In its advisory notice, the Bank says the current Sh200 NSSF statutory contribution is too low, and coupled with the high operating costs of the fund, it means retirees typically receive low lump sums of about Sh58,368, going by the average estimates recorded in 2019.

Kenya’s largest multilateral lender and highly influential on policy direction, the Bank now wants Dr Ruto’s government to amend the NSSF Act to increase monthly contributions to the fund to increase the amount of pension payout to retirees.

The advisory, however, is not tied to future aid.

But the proposal aligns with Dr Ruto’s push for higher NSSF contributions, a clamour that has seen him deduct an equivalent of five per cent of loans granted through the Sh50 billion Hustler Fund, towards savings on behalf of borrowers.

If implemented, the move will be in the short-term a blow to workers who are struggling with a relentless increase in the cost of living amid stagnating and falling incomes, leaving little room for savings.

The World Bank also wants drastic cuts on the NSSF operational costs, which amounted to Sh7.07 billion in the year to June 2021, in breach of the law.

“To create a more enabling environment for retirement savings, the government should amend the NSSF 2013 Act to allow higher contributions while enforcing stricter regulation of administrative costs incurred by the NSSF to facilitate better returns on pension savings,” the lender said.

The World Bank also wants Dr Ruto to introduce a platform to allow workers in the informal sector to save for their pensions even as it noted that pension plans that have been targeted at informal workers in the past have struggled with low uptakes and high rates of withdrawal.

“New services and products — such as bundled insurance and flexibility in design — could be included to motivate informal sector workers to also save for the long term.”

The World Bank also wants the government to lease some 500,000 acres to private investors to utilise vast swathes of idle or poorly utilised government-owned land.

The lender wants the government to subdivide large farms on which much land is unused or underused, and create a consolidated, geo-referenced land registry. It said that while the land will still be state-owned, the government must ensure that the new farm enterprises will be predominantly funded and owned by the private sector.

“An immediate step could be to competitively procure up to 50 new large-scale farm concessions (of 2,500 acres or more) to unlock up to 500,000 acres of new farm production as mentioned in the ASTGS (Agricultural Sector Growth and Transformation Strategy),” it said.

Safaricom is a dominant player in the sector, with 66 per cent of total Sim subscriptions, according to the latest data from the Communications Authority of Kenya (CA), while Airtel and Telkom have market shares of 26.3 per cent and 4.9 per cent, respectively.

Safaricom also dominates the mobile money market, with 96.8 per cent subscriptions to M-Pesa compared to 3.1 per cent for Airtel Money and 0.1 per cent for T-Kash.

The government owns a 35 per cent stake in Safaricom, and therefore, any reduction in its market share and earnings will heavily hit the government, which earned Sh19 billion in dividends from the company in the fiscal year that ended in March.

“Market dominance in telecoms and mobile money markets should be addressed to ensure adequate competition and to maintain the pace of investment, innovation, and reduction in prices for consumers that have driven Kenya’s digital economy growth,” said the World Bank.

The Bretton Woods institution further proposes the scrapping of value-added tax (VAT) on broadband that could, however, jolt Dr Ruto at a time the government wants to squeeze every penny from taxpayers to fund the budget amid growing expenditures.

The government charges a 16 per cent VAT on internet services as well as an excise duty of 20 per cent, pushing broadband services out of the reach of many.

The World Bank says the removal of the VAT could help accelerate last-mile connectivity of internet services to support the growth of the booming local digital economy.

The National Treasury expects to collect a total of Sh584 billion in VAT on all goods and services in the current fiscal year.

To cushion the poor, elderly and disabled persons, the World Bank wants the government to increase funding to safety net programmes such as Inua Jamii and complete a forensic audit of the list of beneficiaries to weed out fake beneficiaries.

“To move closer to international comparators, Kenya should increase spending on social assistance as a basis for increasing coverage and improving the adequacy of benefit transfer values, which are critical to enhancing the poverty alleviation outcomes.”

This comes at a time Kenya is racing to meet conditions set by the International Monetary Fund (IMF) as part of its Sh287.4 billion loan programme with Kenya.

Among the conditions set by the IMF is removal of multi-billion fuel and electricity subsidy.