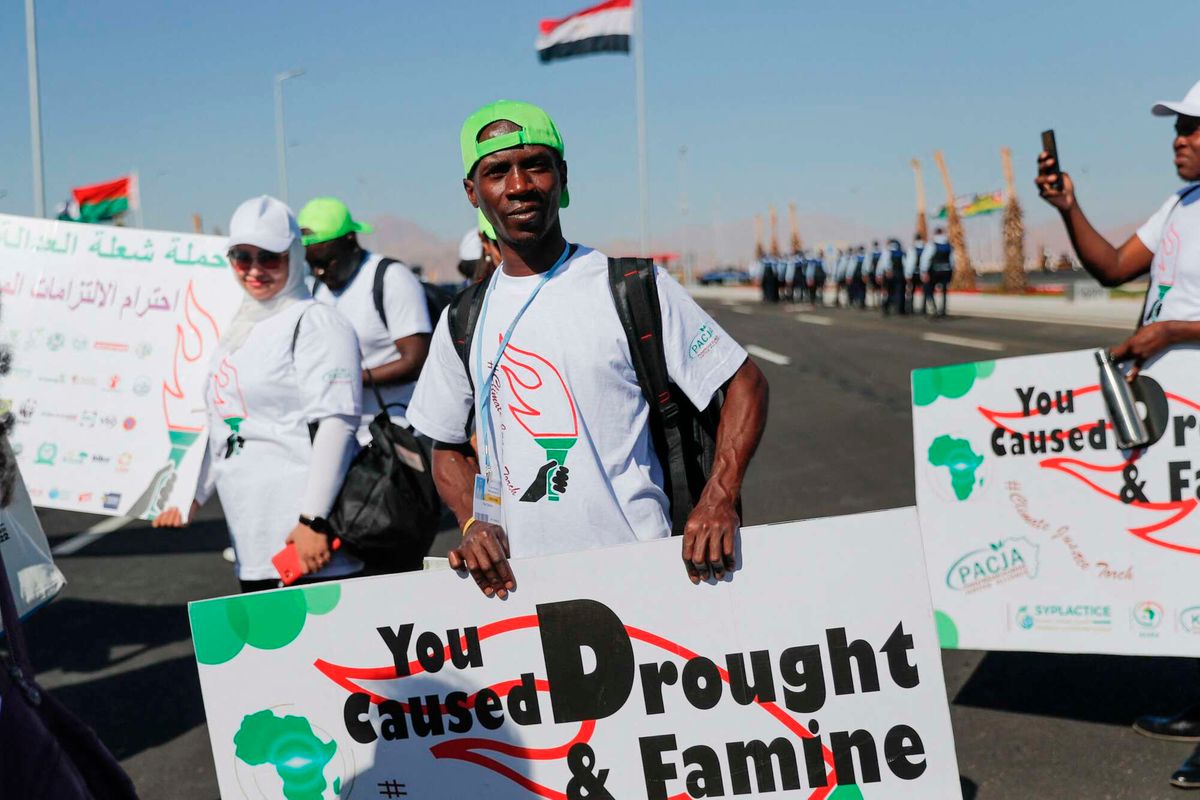 As the 27th UN Climate Change Conference (COP 27) continues in the Egyptian city of Sharm el-Sheikh, the main focus is on the need to scale up climate finance.

The World Bank has been taking part in discussions and events as one of the main financial institutions.

We spoke to Jennifer Sara, the Global Director for the World Bank Group’s Climate Change, on the scepticism surrounding climate finance, among other issues.

First of all, how has climate funding been subdivided?

Thirty-five per cent of all of the lending that we do globally goes to climate finance, of which 50 per cent is for mitigation and the other half is directed to adaptation. And we’re absolutely delighted that last year, for the first time, we surpassed all targets.

We actually delivered $31.7 billion in climate finance; half of it went to adaptation and the half to mitigation in Africa.

How will the issue of corruption be tackled to ensure that this funding doesn’t end up in the pockets of a few greedy individuals?

What we do at the World Bank is we are very careful with our loans, and our projects. Everything has to be open, has to be transparent and has to follow our guidelines. We are also looking at the payments being results based.

We also are very close to supervise. Governments don’t like it and a lot of times, they say this is interference, but we actually do this to protect the citizens of the country as well to make sure the money is well spent.

One of the hottest topics has been the reduction of emissions by reducing the use of fossil fuels. But in developing countries, especially in Africa, that transition would seem unfair, considering that they still have a long way to catch up with the developed countries, which developed by using the same fossil fuels. What is the World Bank doing to ensure just transition for low- and middle-income countries so that the lives of communities that depend on these fuels aren’t impacted?

One good example is what we are doing to help governments transition from coal. We are supporting governments to decommission coal power plants … and to replace that with renewable energy.

But we know that many communities depend on coal power plants, especially through employment. So just transition means taking into account how we can help retrain the communities to have new livelihoods. So what we’re doing is, in every case, we’re looking at alternatives. This means we cannot just push for transition without helping, especially poor communities, find energy alternatives.

In Africa, from the floods in Nigeria to droughts in the horn of Africa, the effects of climate change are now being felt more than ever.

With this devastation, many people have been forced to leave their homes. What financial mechanisms are in place to help countries host more climate change refugees, keeping in mind the humanitarian aid has been on the decline?

As the World Bank, we have a special window for refugees, which has softer terms. It is almost grant financing. For example, it allows a country to receive all refugees from another country, and the funds are there for them, so as to not only give them basic services, but also to help integrate them.

We see a lot of displaced people are staying beyond what would be called the crisis, and so we have camps being transformed into basically cities.

In a nutshell, one focus that we have is to try to look at the crisis as a long-term problem, and with that try to make sure that we transition from the emergency management to more like a development perspective.

There have been arguments that climate finance shouldn’t be delivered as loans, but as grants, bearing in mind that the poor countries are suffering the most as a result of climate change caused by the actions of wealthy nations. What’s your take?

Many countries today are building their energy system as renewable energy, and out of this, there’s a huge new opportunity for jobs that didn’t exist before, on appropriate technologies, as well as all kinds of solutions to nature-based solutions. With such an example in mind, there is just no good reason to make them grants because those projects are viable economically.

There have been accusations of the World Bank having a hand in privatisation of the water sector, especially in Africa. What can you say about that?

Now, there are some very good examples of private operators, especially in West Africa, countries like Benin, Niger and Senegal.

This story was produced as part of the 2022 Climate Change Media Partnership, a fellowship organised by Internews’ Earth Journalism Network and Stanley Center for Peace and Security

Kenya: Presidential Term Limits Will Be Hard to Scrap in Kenya – Here’s What It Would Take