Home Business World Cup in the desert: How teams are preparing for heat
Business

World Cup in the desert: How teams are preparing for heat 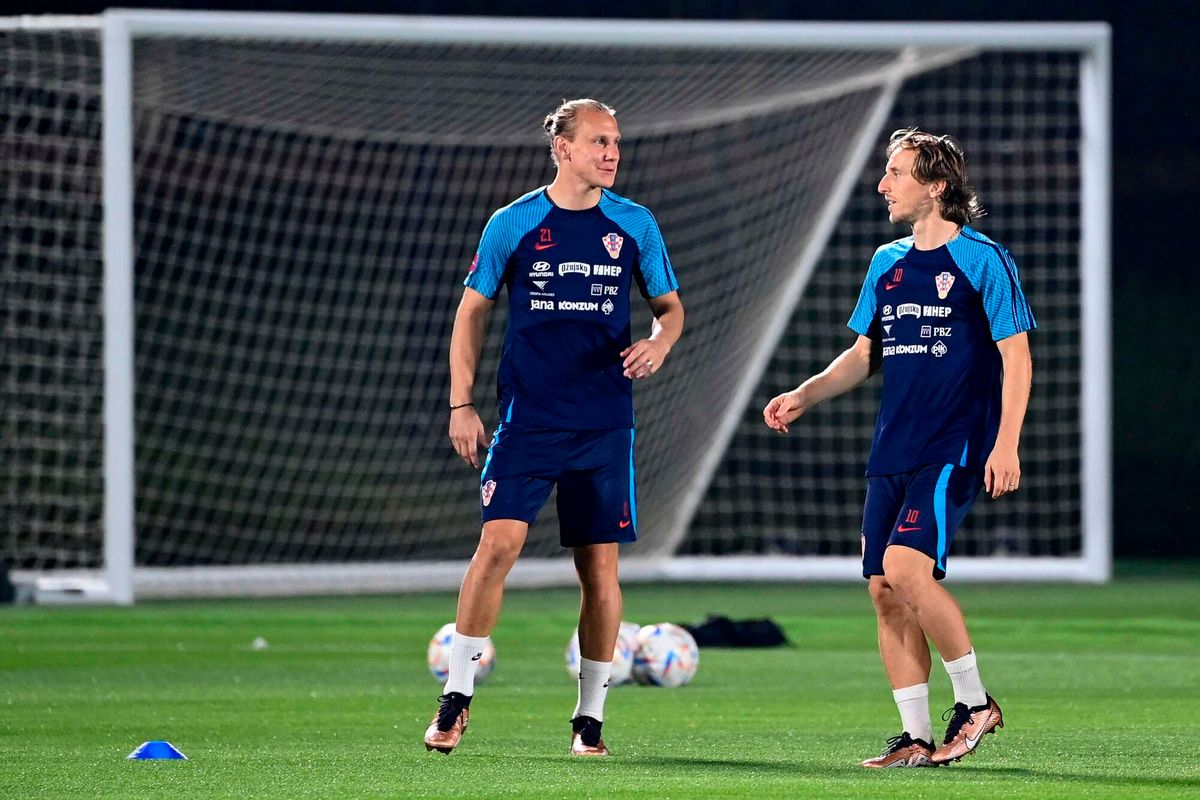 But this will be a World Cup of many firsts: It will also be the first World Cup to be hosted during the Northern hemisphere winter, parting from the traditional summer period of July/August.

It will also be the first time a World Cup match is played in a temporary stadium – Stadium 974.

The stadium made of 974 shipping containers will be dismantled soon after the last match and the containers be reused across the world.

However, the most talked about aspect of the World Cup is the desert heat.

Average temperatures are expected to be at 30 degrees Celcius with an equally high humidity of 60 percent.

With the globalisation of football, it was always a matter of time before football’s biggest tournament is played at a season conducive to the host nation as opposed to the traditional European summer season.

One would therefore wonder, how are the players preparing for a World Cup in the desert?

Other than most of the matches being played past 4pm when it is cooler and in air-conditioned and roofed stadia, teams must prepare their players either through climatisation or acclimatisation.

With major football leagues taking a break from 13th November, a week before kickoff, most teams will go for climatisation, training in artificially simulated environments as opposed to acclimatisation where athletes train at a venue that has similar or exact weather conditions as the competition venue.

Sports scientists portend that sportsmen and women need one to two weeks of heat acclimatisation.

For instance, the Japanese team was be the first to arrive on November 7, hoping to use the two weeks to acclimatise.

The German team started their preparations in Dubai on November 14 and then shifted to Qatar on Friday.

The USA team arrived on November 10, just five days after their league ended.

Technical and medical teams comprising of coaches, sports physicians, and physiotherapists will thus have a tough task preparing players who have just come from top-flight leagues in cooler conditions for a five-week tournament in the desert.

There being not much time to acclimatise, heat coping strategies might be their best bet. A good heat coping strategy used in sports is forearm immersion in cool water (18°C), this has been used effectively by firefighters after prolonged exposure to infernos.

This strategy has proven effective in the prevention of hyperthermia which impairs exercise performance as well as cognitive skills.

In managing the players’ body temperature, first and foremost, medical teams will closely monitor that players’ core temperature does not go beyond 40°C since it can lead to Exertion Heat Stroke (EHS) and ruin their World Cup experience.

Sports researchers have demonstrated that EHS greatly affect athletes’ performance and could even be grave if not intervened upon promptly. Obtaining real-time core temperature data via the ingestible chips will lead to precise and timely decision-making on a player’s physiological conditions and ability to continue with training.

If the 2019 World Athletics championships in Doha are anything to by, then teams have become better at handling heat, since other than some athletes fainting during competition, there were neither serious injuries nor fatalities reported.

However, unlike athletics, each football match lasts at least 90 minutes and with no official water breaks except at half time. This means that footballers will have to do what endurance runners like Eliud Kipchoge do, use hydrogels which are basically semi-solid easy to chew and swallow gels to reinvigorate them and replenish their lost body salts. These can be passed to them when the ball goes out or the referee is busy with the VAR.

Since high body temperatures lead to high fluid loss that reduces players’ physical and cognitive performance, teams will have to come up with strategies to cool down players fast and effectively to avoid overheating.

A modern day strategy is, active cooling, where players reduce their pre-exercise body heat content to increase the margin for metabolic heat production when they start to play. This enables them to prolong their training and playing time before they achieve critical temperatures that would warrant substitution.

This pre-training/match body heat reduction can be achieved using an ice-cooling jacket commonly used by players in very hot climates or endurance athletes competing in searing heat. Teams that cannot afford such jackets may opt to change the warm-up routine to a lighter one which might jeopardise results.

Other cooling technologies utilised in previous international sporting events though not yet allowed in football matches include pocket air-conditioners, neck coolers, wrist coolers and patches.

Pocket air conditioners are wireless devices that can cool the local microenvironment of the footballer when it encounters their body surface.

A major electronics manufacturer recently developed a pocket air conditioner to be placed in a pocket on the upper back that cools the wearer’s local microenvironment by up-to 13oC, and this can be monitored using a mobile application, neck coolers are fitted on the shoulders of the athlete and clipped around the neck because it has a thermal cooling plate that collects humid air and transforms it into cool air.

Lastly, wrist coolers look like bracelets and have a thermostat embedded to cool down the athletes when they press the inbuilt button. These wrist coolers lower your wrist microenvironment temperature by 0.4oC per second for 5 seconds, and then automatically turns off for 10 seconds. These devices will come in handy during training and also after one is substituted.

However, during matches, teams will be going for technologically advanced fabrics to help in keeping the players cool. Sports apparel companies such as Adidas and Nike have developed cooling fabrics such as Adidas Climacool and Nike Dri-Fit.

These pull moisture away from the skin and disperse it throughout the cloth along channels on the surface of the threads. Some of these cooling fabrics have heat patches to provide a moisture-permeable and effectively cool down athletes, something ordinary sports outfits don’t have.

With all the above said and done, one should not forget that water consumption is still important for hydration and cooling of the body.

On average professional players competing in hot climates need about 10 litres of water per day. It should be noted that soccer players who don’t hydrate properly and balance their body salts using personalised sports drinks risk losing the beneficial effects of acclimatisation.

Despite this technological advancement in athlete microenvironment modification in elite competitive sports played in hot conditions, there are ethical and other regulatory risks.

As Fifa aims to make football accessible to all, there is a lack of clarity on permissible cooling technologies. Therefore, more financially and technically endowed national teams may have an unfair endurance advantage compared to those who lack access to these innovations.

Furthermore, because of the hasty need to access the devices ahead of the competition, some of the potential risks of use may not be well documented as they are yet to be used at scale in a hot competitive environment. However, all these create a learning opportunity for future competitions.

It is the first football World Cup in the desert; unchartered territory for Fifa. After the last match, sports scientists will be scouring through the gigabytes of data from players to discover how each team coped and most important how the winning team made it all the way.

Are video vixens skimpily-dressed attention seekers, or confident sassy women with a hunger for success no matter the stakes?

Kenya to benefit from Sh366.5bn facility from Afreximbank

The youth are an integral part of society...

Why artistes want foreigners charged to perform in...